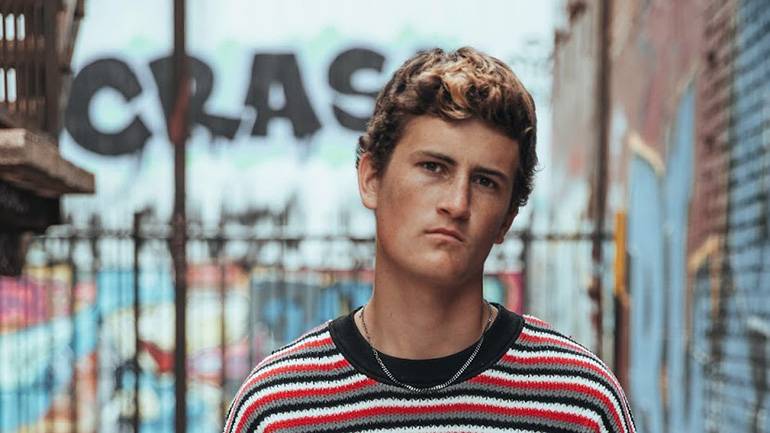 20-year-old Arden Jones is a California native who has music in his blood. Growing up in a family of musicians, writers, and performers, it’s only natural that he chose that path too, and he impressively taught himself guitar, piano, mandolin, and stand-up bass at an early age. He also found inspiration from rappers like 50 Cent, Tupac, J. Cole, Chance the Rapper, Russ, and Mac Miller, and all those influences can be heard on Jones’ new music. A realization at the end of his freshman year at Dodge Film School at Chapman led him to make the decision to focus more on music, and he began releasing his songs on SoundCloud, eventually getting them onto all streaming platforms before his first release, “Parallel Parking,” went viral on TikTok. The song found itself charting on Spotify’s Viral 50 and on several major playlists and has since racked up over 5.2 million streams on Spotify alone. To Jones, this early success confirmed his decision to leave college and head to Los Angeles to pursue his career of being a “hook machine” with his own layered sound of rap and pop. EARMILK recently hailed him an “alt-pop wunderkind,” and his second single, “roll the dice” is out now. Expect even more new music from Jones this year, who—in his own words—is “just here trying to make you smile.”