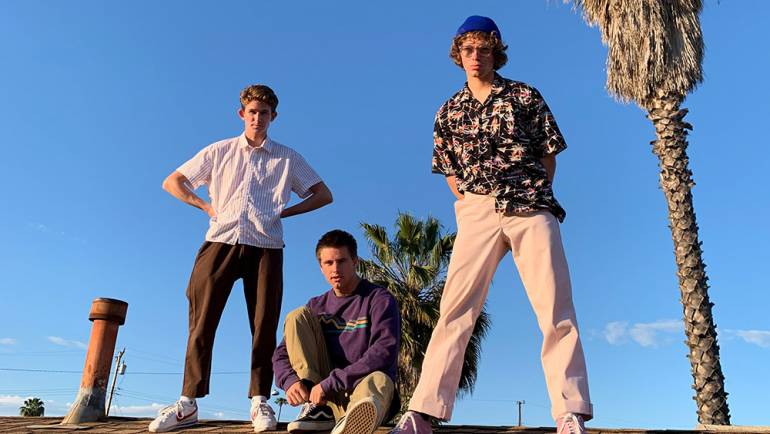 The guys of almost monday—Cole Clisby, Dawson Daugherty, and Luke Fabry—formed their band in 2015 and have gone from performing in the back room of a local surf shop to collaborating with Mark Needham (The Killers, Imagine Dragons) and earning praise from The Kollection. On January 24, “parking lot view” was released as a follow-up to their acclaimed debut single, “broken people,” with both tracks establishing almost monday’s brand of fun, feel-good alt-pop. Now signed to Hollywood Records after catching the label’s ear at a DIY show inside an airplane hangar, the trio of 21-year-olds are taking inspiration from Coldplay, Oasis, The 1975 and Frank Ocean to craft their debut album. They have a string of east coast tour dates lined up for the first half of the year along with plans to release a steady stream of new music throughout 2020. As told by Daughtery, almost monday’s goal is “to give everybody that feeling of dancing alone in your bedroom, where you’re not self-conscious at all—you just feel completely free to be yourself.”