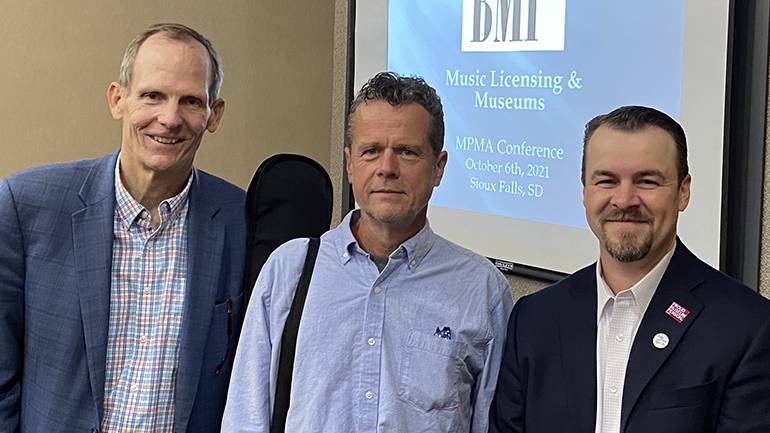 BMI was on hand at this year’s Mountain Plains Museums Association conference to educate museum executives on how to use music legally in their exhibits and as a part of their programming. The BMI panel featured an appearance by GRAMMY-nominated BMI songwriter Jim McCormick, who helped attendees understand how important public performance royalties are in allowing writers to continue creating music for a living. The Nashville hitmaker also gave the audience insight into how he writes music and what it took to get his songs recorded by some of country music’s biggest artists. The 2021 MPMA Conference was held in Sioux Falls, South Dakota, and attracted executives from museums in Colorado, Kansas, Montana, Nebraska, New Mexico, North Dakota, Oklahoma, South Dakota, Texas, and Wyoming.