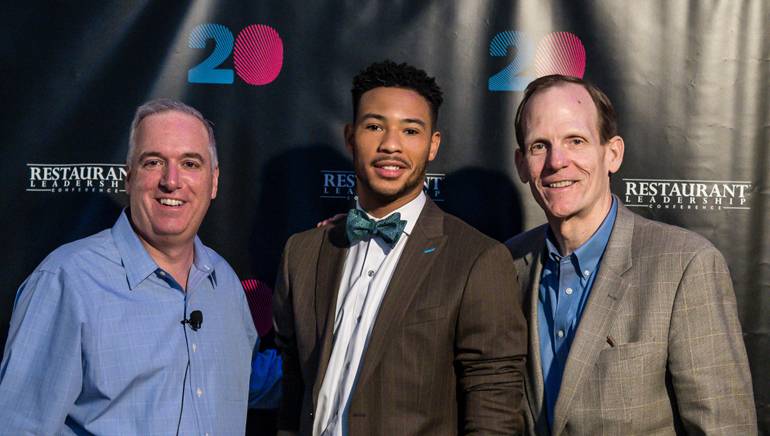 For the third consecutive year, BMI helped organizers kick off the Restaurant Leadership Conference in Phoenix on April 16, with a captivating performance by one of its emerging singer-songwriters, Joe Maye, who was a contestant on season 10 of NBC’s The Voice. Maye performed at the RLC’s opening session in front of 2,000 restaurant owners and operators from across the country. The conference, which is now in its 20th year, is intended to educate and update restaurateurs on the latest trends and developments in their industry. Maye, who is a Baltimore native, gained a name for himself after video of an impromptu duet with Christina Aguilera on The Voice went viral. His new EP, Sol, was released earlier this year.