As part of the University of Southern California’s Scoring for Motion Pictures & Television (SMPTV) program, Emmy/GRAMMY-winner and 4-time Oscar-nominee, Dennis Sands, teaches students how to mix their scores via the use of Dolby-Atmos, a cutting-edge technology that can capture individual sounds and place them in distinct areas around the film-viewer so that the effect is a more virtual experience. The most recent session took place on Saturday, April 8, at Sands’ privately-owned Atmos mixing facility in Santa Barbara, where he has recorded and mixed for many of BMI’s most prolific and successful composers, including Danny Elfman, Thomas Newman, John Powell, and, for more than 40 years, dozens of films and television projects with Alan Silvestri. Professor of Practice at USC Thornton School of Music and Chair of the Screen Scoring program, Daniel Carlin, was on hand in support of the students, as was Vice President Film, TV, & Visual Media Relations, Doreen Ringer-Ross, who represented BMI, which sponsors the program as part of the SMPTV curriculum.

As part of the teaching process, Sands provides students with instructions for preparing a re-mix of one of their own SMPTV orchestral cues which he expertly critiques. 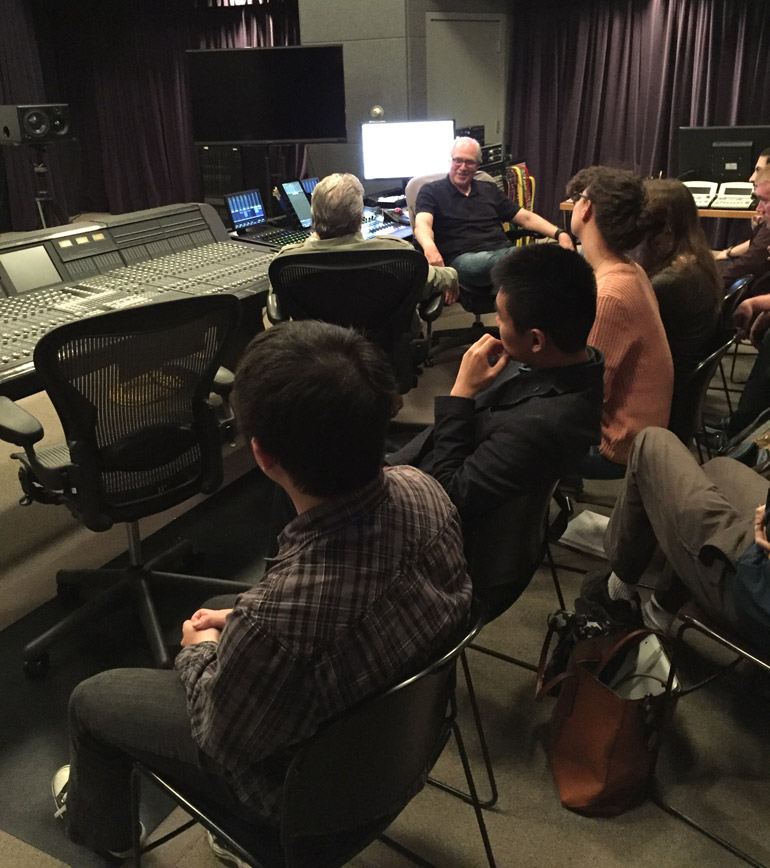