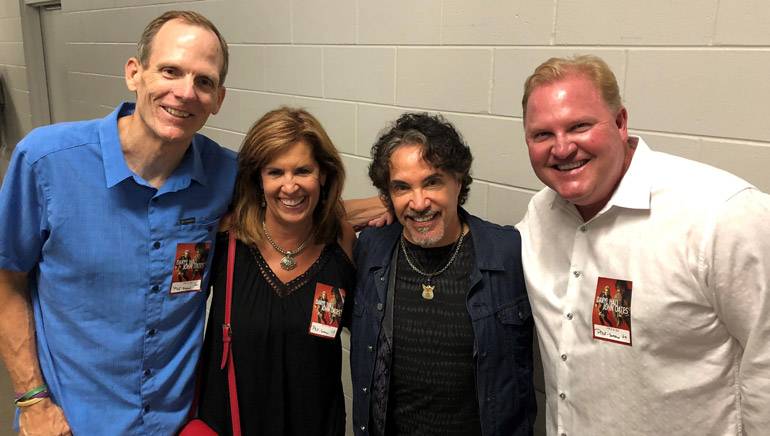 BMI brought representatives of Hearst Television and iHeart Media together with John Oates, one half of Rock and Roll Hall of Fame inductee Hall & Oates, prior to the pop duo’s recent concert (6/26) in Orlando. John Soapes, President of Hearst-owned WESH-TV and WKCF-TV in Orlando, and Linda Byrd, iHeart Media Regional President, stopped backstage to say hi to Oates, who is not only touring with the band, but out promoting his new solo project Arkansas, a unique blend of jazz, roots and blues.