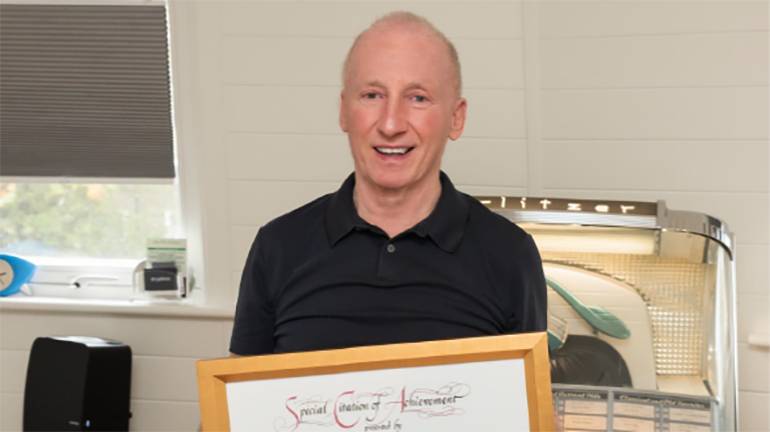 BMI once again congratulated UK publisher John Fogarty of New Songs Administration for their part in co-publishing BMI’s 2016 Pop Song of the Year, “Uptown Funk,” which reached an astounding 5 million U.S. radio performances in just 6 years since its release. Based in London, New Songs Administration is the only U.K. publisher on the mammoth hit by Mark Ronson feat. Bruno Mars, which was the most performed pop song in the United States in 2015. Congratulations to all!