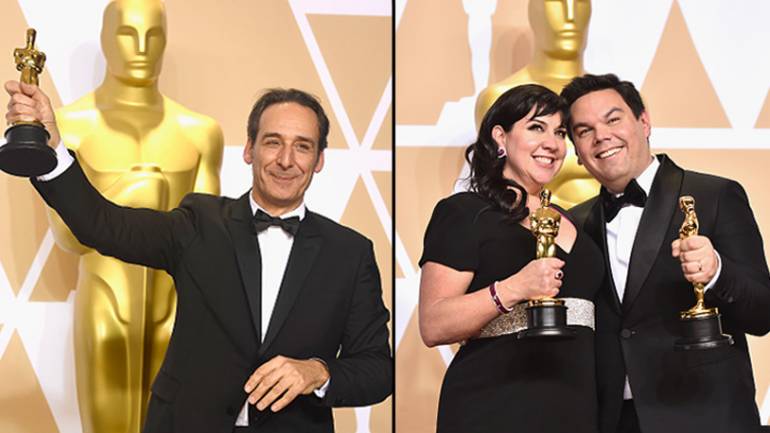 BMI congratulates Alexandre Desplat on winning his second Best Original Score Oscar, this year for his score for The Shape of Water. The coveted award adds to the Golden Globe and BAFTA trophies that Desplat took home earlier this year for the same score. Desplat, who has been nominated a total of nine times, also won the Academy Award in 2015 for his score to The Grand Budapest Hotel. The Shape of Water also took this year’s Oscar for Best Picture.

In the Original Song category, BMI is also proud to congratulate first-ever double EGOT winner Robert Lopez and Oscar winner Kristen Anderson-Lopez who took home the prestigious Academy Award for their song “Remember Me” from Coco. The BMI Lehman Engel Musical Theater Workshop alumni are also remembered for their Oscar-winning song “Let it Go” from the 2013 blockbuster film Frozen.