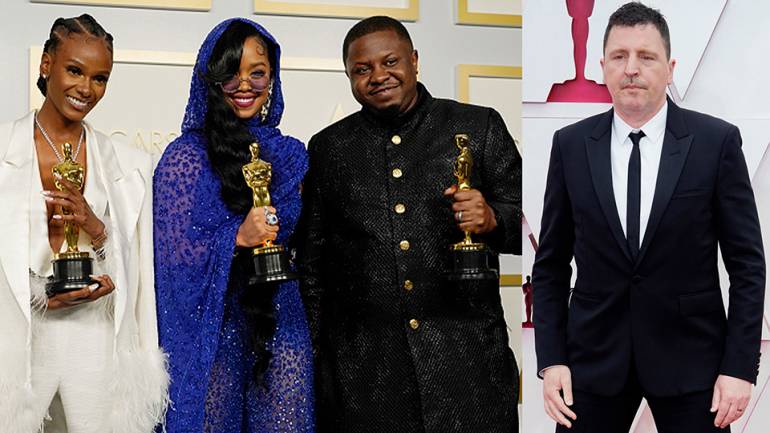 Congratulations go out to our outstanding composer Atticus Ross and equally stellar songwriters H.E.R., Dernst Emile II and Tiara Thomas, who last night took the crowns for Best Original Score and Best Original Song, respectively, at the 93rd annual Academy Awards. Ross, who won for his work in the highly lauded film Soul, also garnered a Golden Globe, SCL, Critics Choice and BAFTA Award for the score earlier this year. Soul notably claimed the Oscar for Animated Feature Film as well. Original Song winner “Fight for You” from Judas and the Black Messiah, which was also Golden Globe-nominated, was compellingly performed during the pre-show by H.E.R., adding to the magic of the win later in the evening. Congratulations to all on these incredible accolades!