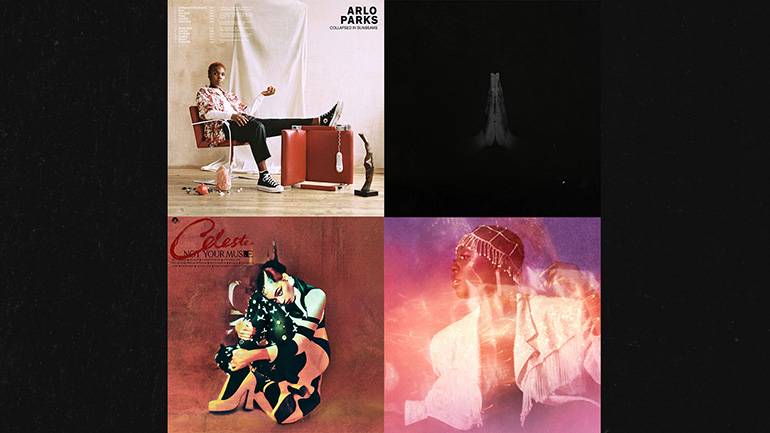 BMI congratulates all our members who have received a nomination for the Hyundai Mercury Prize 2021. The award recognizes artistic achievement across a range of contemporary music genres by selecting the ‘Albums of the Year’ from the United Kingdom and Ireland.

The nominations include the talented Arlo Parks. Raised in London, Arlo Parks’ debut studio album, Collapsed in Sunbeams, was released in January 2021 and hit #3 on the UK Albums Chart, thanks to her stunning voice and vulnerable lyrics. It was also recently selected as #3 on Variety’s Best Albums of 2021. With several award wins, including the BRIT Award for Breakthrough Artist in 2021, this nomination is another accolade to add to her successful year. Check out the BMI jam session that Parks performed for us during the pandemic.

Also recognized with a nod is Celeste’s soul/jazz album Not Your Muse. Following its release in January 2021, the album rose to #1 on the UK Album Charts, which made it the first time a female musician’s debut album achieved this standing since August 2015. Celeste then received nominations for Best Original Song from both the Golden Globes and Academy Awards for “Hear My Voice,” which was used in the film The Trial of the Chicago 7. You can read more about Celeste’s music and album in a special interview she did for BMI here.

In addition to Parks and Celeste, Inflo has also been nominated for the Hyundai Mercury Prize for his work on Sault’s album Untitled (Rise). Released in September 2020, this is the fourth studio album from the British musical group, which consists of Inflo and Cleo. Inflo adds this prestigious accolade to his list of Ivor Novello Award winning projects that include Little Simz’s “Grey Area”’ and Michael Kiwanuka’s “Black Man In A White World.” In 2020, the Hyundai Mercury Prize went to Kiwanuka for his self-titled album on which Inflo was a co-writer.

We are so proud to include all of these writers as part of the BMI family who we represent for public performances in the U.S. Here’s our list of nominees for this year’s Hyundai Mercury Prize. Congratulations to all!

*Licensing via PRS for Music