In 2020, California-born and Brighton, England-raised Celeste took home the BRIT’s Rising Star Award, was nominated in the Best New International Act category at the 2020 BET Awards, and provided the single “A Little Love” as the soundtrack to the John Lewis & Partners Christmas advertisement. It was the first original song and non-cover version to earn that milestone. And if 2021 continues as it started, Celeste is in for even more breathtaking accolades.

Her debut album, Not Your Muse, catapulted to No. 1 on the UK Albums Chart in January, marking the first time a woman musician’s debut album has achieved this standing since August 2015. To top that off, Celeste was recently nominated for an Academy Award for Best Original Song for “Hear My Voice,” from the film, The Trial of the Chicago 7. This follows a Golden Globe nomination for Best Original Song for the same project. Beyond the Oscar nod, Celeste notably performed and recorded three songs in total on the original soundtrack for The Trial of the Chicago 7.

Although influenced by legends like Aretha Franklin and Ella Fitzgerald, Celeste’s timeless sound is uniquely her own. So much so that TV host James Corden singled her out, tweeting his praise, “I dare you not to love her,” while none other than pop icon Elton John raved about Celeste’s work and added two of her songs to his personal playlist on Apple Music.

BMI recently caught up with the talented songstress to ask her how she feels about her star shining so celestially. Here’s what she said.

Your song “Hear My Voice,” from The Trial of the Chicago 7, received an Oscar nod and has also garnered praise from just about every critic. Tell us a bit about how it came to be and what the process for writing it was.

It was in the summer of 2020 in the height of lockdown. Daniel Pemberton, who I’d never met at this point, reached out to me to write this song for the film. We began our conversation over text, we spoke about the film, and began to exchange our ideas. I started to sketch vocal melodies recording in my bedroom and just little voice notes on my phone. Eventually, we finished the song working remotely and around September of 2020 we got to meet in person to record and finish the song to be the version it is today.

You mentioned in your interview with Elton John that the song allowed you to present yourself in the way you always wanted to be seen as an artist and singer, not just musically but fashion-wise. From your stunning performance outfits and from your work with brands like Gucci, how does fashion fit into your music world?

I’m not sure how the interview was edited, but I was actually referring to a song I wrote called “Strange.” When I wrote that song, it was apparent to me almost instantaneously after writing it that it would be an all-encompassing song for me, that mirrored perfectly, how I imagined my aesthetic evolving and also how I had planned to inhabit a stage. I have always found a way of expressing myself. I find I can reveal parts of myself with clothes which are otherwise not always exhibited.

“Hear My Voice” was also included on your album, Not Your Muse, which debuted at No. 1 on the UK Albums Chart! What did that mean to you?

For me to reach No.1 in the UK was a great achievement. In making music that isn’t the sound generally received by the mainstream, meant for me that all the fight to make the music I really wanted to had been worth it and will hopefully pave the way for me to take my music even further the next time around.

How did you start out in the industry and how did your early experiences help you with your own music?

When I was around 16 I started keeping a diary. I had experienced the death of my father, and had all of these new feelings come flooding to the surface. I had a real urgency to exercise and understand those thoughts and music became the most fluent and fluid way for me to do so, so I started writing songs. I come from a family with no ties to the music industry and really didn’t know how to make my way in. I was lucky around age 18 my first manager saw me online and heard me singing a cover of Little Walters “My Babe.” He was just starting himself in the industry. We kind of grew together and he helped me to get into the studio. From that point, I just kept writing and eventually I started to see it pay off.

You have a close musical relationship with BMI family member, Jamie Hartman. How did that come about and how did you find working with him?

I worked with Jamie for the first time about 3 years ago and haven’t stopped since. What I found with Jamie is that he allows me to have my own voice within the music we make when we collaborate. I think having that sensitivity is so important when collaborating with an artist as a co-writer, and Jamie is very respectful of that.

You were born in America but you have lived in the UK for most of your life. How would you describe the music scene in each place and how much crossover is there?

I have very little memory of America as I left when I was just 1 and half. Most of my memories that have been made there have been in the 3 or so years in visiting LA to write. I think when I’m in England I feel far more in touch with my voice in all senses from my day-to-day experiences, my observation of the world around me, and actually my accent too, my phrasing and pronunciation. There’s a grit to the UK and how I exist here which I find to be greatly inspiring, however, being a career tourist when I travel to the U.S to write doesn’t necessarily facilitate me living that same truth. There’s a lot more sheen and gloss over everything when I’m out in LA for a writing trip opposed to when I’m trudging through the rain and getting the tube to a writing session here in the U.K.

In both places, there is definitely music birthed out of truth and very intact in that way. The rawness of that kind of music is what I’m most drawn to and it can really come from any genre for me to like it as long as it has that integrity to it. Being an artist whose main influence has been jazz/soul and blues has meant I’ve often turned to the U.S for exposure/education and information. Artists like Billie Holiday, Nina Simone, Bettye Swan and Roberta Flack have been at the heart of my listening since I was around 3 years old, and in my opinion definitely have a big part to play in how we hear modern music today here in the U.K. When we look at music of Black origin, America seems to be where it really evolved and informed music for generations, so although we do have our own interpretations and scenes here in the U.K, I think when it comes to music of Black origin especially, we find ourselves looking at the U.S.

It has been a full year since you won the BRITS Rising Star and gave that striking performance of your breakout single ‘Strange.’ How do you feel about what you’ve accomplished so far and what’s next?

I feel like I’m in a good position. The thing that really keeps me fulfilled and going with all this stuff is making music and that obsession/craving to find expression. So what’s next for me is writing another album. I really can’t wait!

What is a lesson you’ve learned in your career that you can share with aspiring songwriters?

Believe in what you’re doing, and always do what feels right. Also, not to try to live up to other people’s idea of what they think you should be. Remain intact with who you truly are at your core, don’t do anything that doesn’t align with your morality, or that discards your integrity. That’s what I have found to be most challenging and the most important lessons learnt. Of course, when you’re first starting out you find you make small compromises along the way. I’ve found that to be a respectful way of working with others who also have their job to do, and then with that mutual respect eventually comes a bit more lenience and leverage.

Lastly, you’ve cited the likes of Otis Redding, Bill Withers, Billie Holiday, and Ella Fitzgerald as musical inspirations for your sound. What advice do you wish they had given you as a jazz/soul singer and songwriter?

I definitely have a lot of work to do and still a lot to learn, so it’s hard to say. I look to their music for the answers really. I think just seeing those people go on to leave behind what they have is enough for me to feel encouraged and empowered. 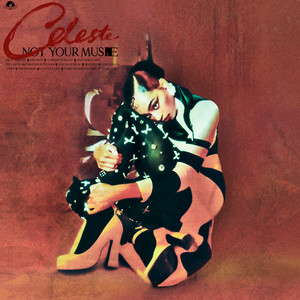