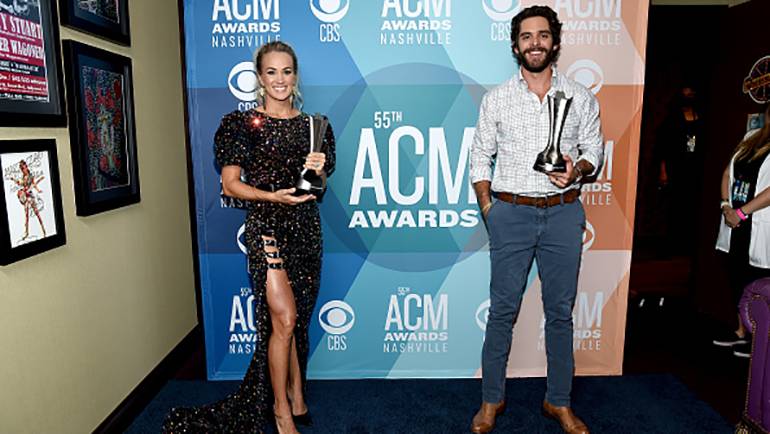 Last night was a great one for BMI songwriters who took the majority of this year’s ACM Awards and gave outstanding performances from various venues across Nashville and others parts of the country. The ceremony, which adhered to social distancing protocols, still managed to bring country fans together with the superstars. Memorable moments, of which there were many, included Taylor Swift’s performance of “Betty” from her latest album, Folklore, marking her first appearance at any country awards celebration since 2013. Pop icon P!ink, paired with the multi-talented Keith Urban who performed from Nashville, also graced the stage from Los Angeles to sing their new single “One Too Many,” while additional BMI songwriters who gave their all included Luke Combs, Blake Shelton, Carrie Underwood, Maren Morris and several others. Capping off the groundbreaking night was a tie between Thomas Rhett and Carrie Underwood, who both took the trophy for Entertainer of the Year.

Here’s the list of BMI winners. Many congratulations to all!

DUO OF THE YEAR
Dan* + Shay

ALBUM OF THE YEAR
What You See Is What You Get - Luke Combs
Producer: Scott Moffatt

VIDEO OF THE YEAR
“Remember You Young” - Thomas Rhett