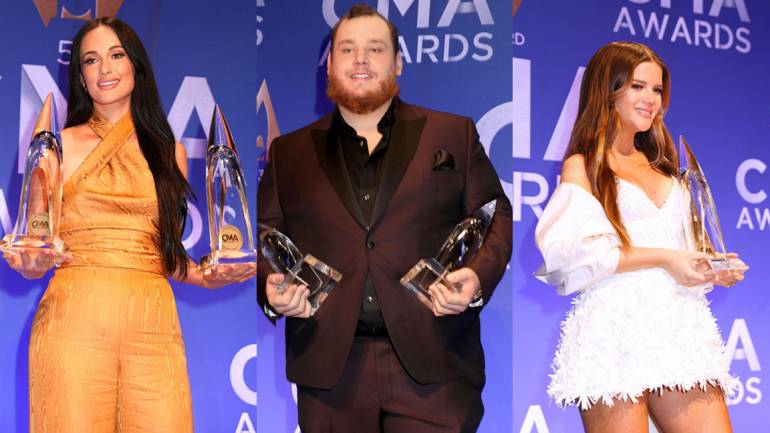 It was a big night at this year’s CMA awards in Nashville with BMI songwriters taking the majority of the prestigious honors. In addition to the awards, which included double trophies to big winners Luke Combs and Kacey Musgraves, the evening was filled with unforgettable performances. Starting with the show’s kick off, featuring the night’s hosts Carrie Underwood, Dolly Parton and Reba McEntire, a blaze of performances followed by the Women of Country, with nearly every superstar from Martina McBride and Tanya Tucker, to Brandi Carlile and Maren Morris getting the audience up on their feet. From there, the stage rocked with more music from BMI songwriters that included Keith Urban, Miranda Lambert, Brooks and Dunn, Blake Shelton, and others. BMI congratulates them all. Here’s a list of the BMI winners: