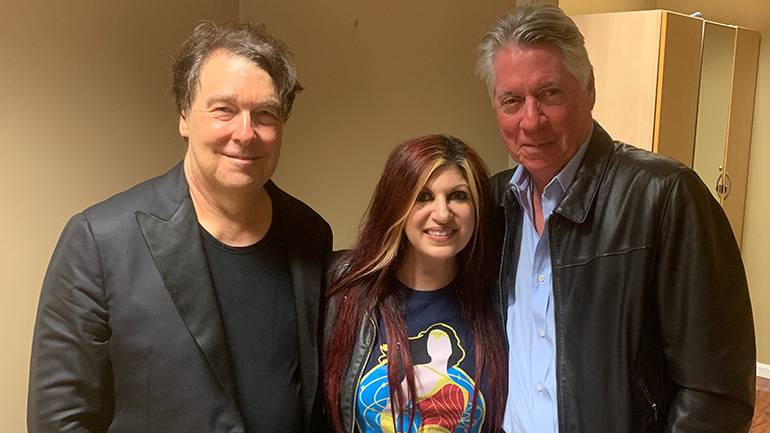 BMI composer and conductor David Newman; BMI’s Senior Director Creative-Film, TV & Visual Media, Anne Cecere; and BMI composer Alan Silvestri gather for a photo at the performance of “Back to the Future.”

The Jacobs Music Center’s Copley Symphony Hall was the place to be on July 19 and 20 when BMI composer David Newman’s hilarious score to Galaxy Quest and Alan Silvestri’s iconic Back to the Future were performed live-to-picture by the San Diego Symphony. In addition to the stunning performances by the SDS, which were both conducted by Newman, Silvestri and Newman kicked off the second night with a pre-concert discussion on the music for the ever-popular Back to the Future. Live-to-picture performances, which are taking the world by storm, made for a perfect night for both the world class composers and the world class orchestra.