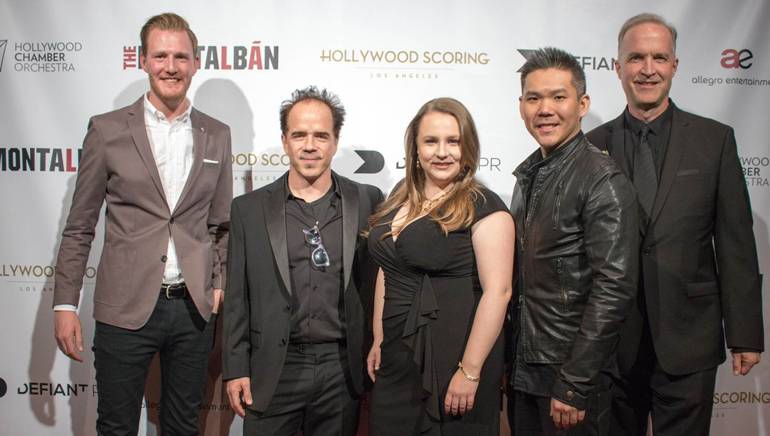 BMI was proudly in attendance when the Hollywood Chamber Orchestra presented “World Premieres: Year Two,” a compendium of seven new works by seven different composers, four of which are BMI members: Elisa C. Rice, Charles Sydnor, Christopher North and Albert Chang.  Held at the Montalbán Theater in Hollywood, the featured works included Rice’s “Charatah - Concerto for Electric Cello,” Sydnor’s “Radha,” North’s “Eavesdrop Suite,” and Chang’s “Frontiers,” all of which were written for a 43-piece ensemble. BMI composer Mark Robertson, along with Noah Gladstone, the co-music directors of the Hollywood Chamber Orchestra, produced the concert with Sydnor, North and Chang making their conducting debuts with the performance.

“I think it’s important that new music is heard on a regular basis, and this is the second annual concert of what will hopefully be a long standing tradition,” said Robertson, who also performed as concertmaster of the orchestra. In less than two years, the HCO has premiered more than 25 works, several of which were created by BMI composers.