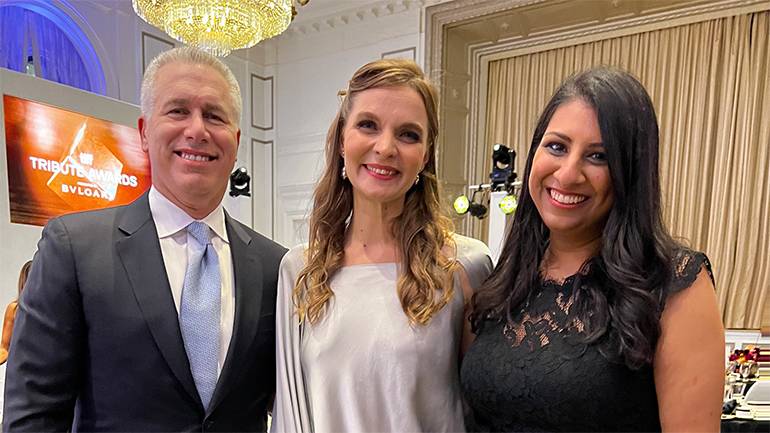 Icelandic composer Hildur Guðnadóttir was bestowed the Variety Artisan Award at the Toronto International Film Festival’s fourth annual TIFF Tribute Awards on Sunday, September 11, and BMI’s Executive Vice President, Creative & Licensing, Mike Steinberg and Senior Director, Creative, Reema Iqbal were proud to be on hand to show their support. This prestigious accolade specifically recognizes “a distinguished creative who has excelled at their craft and made an outstanding contribution to cinema and entertainment.” This honor is just the latest for the celebrated musician and composer, who has previously won multiple Oscars, Golden Globes, a Primetime Emmy and many other awards for her original scores for films like Joker, Mary Magdalene, Chernobyl and many more. Guðnadóttir’s latest project is the score for Sarah Polley’s new film, Women Talking, which premiered at the festival on September 13.