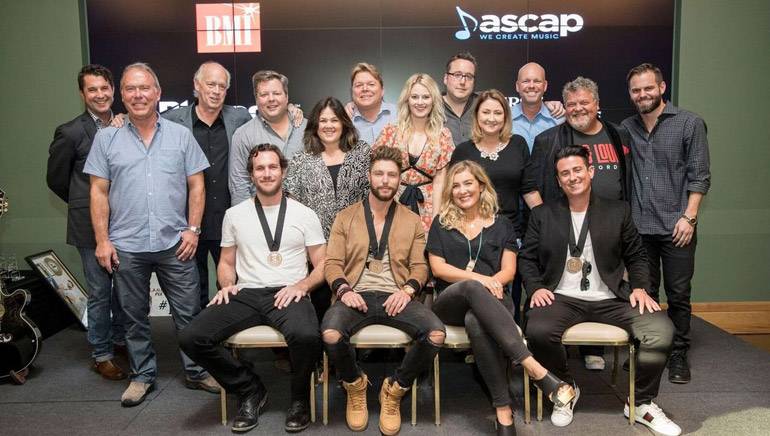 BMI Nashvillecs lobby held friends, family and fans of BMI artist Chris Lane and the writers of his hit song “Fix” for a #1 party celebration on October 10. Written by BMI writers Sarah Buxton and Jesse Erasure with Abe Stoklasa, the single from his second album Girl Problems marks the first #1 for Chris and is now certified RIAA Gold. The track is the second #1 for Sarah and fourth for Jesse. Chris is touring extensively through December, with dates around the United States and Canada.