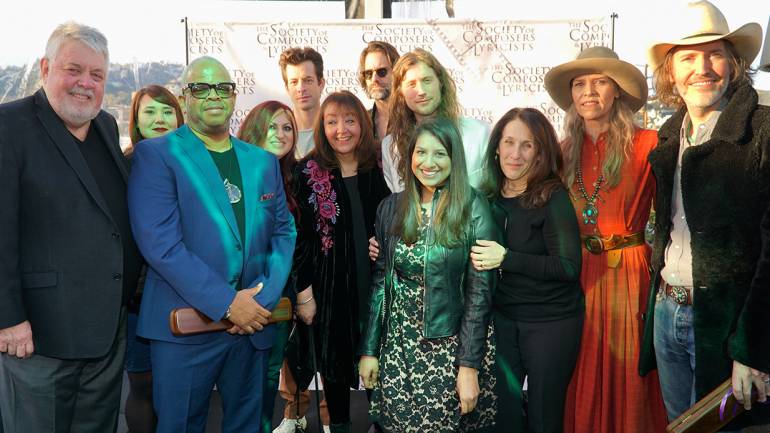 The Society of Composers & Lyricists (SCL) held its annual champagne reception for this year’s Oscar nominees on Saturday, February 23, 2019, at E.P. & L.P. in West Hollywood, with several BMI team members also there to celebrate the nominated scribes. Among those honored were songwriters Mark Ronson and Andrew Wyatt, who co-wrote “Shallow” with Lady Gaga for A Star Is Born, which ultimately won the Academy Award on Sunday night. Swedish composer Ludwig Göransson, who was nominated for Best Original Score, also joined the celebration, with his work in Black Panther earning him this year’s statue as well. In addition, songwriters Gillian Welch and David Rawlings, who were nominated for Best Original Song for When a Cowboy Trades His Spurs for Wings, and Terence Blanchard, who was up for Best Score for BlacKkKlansman, were also honored.