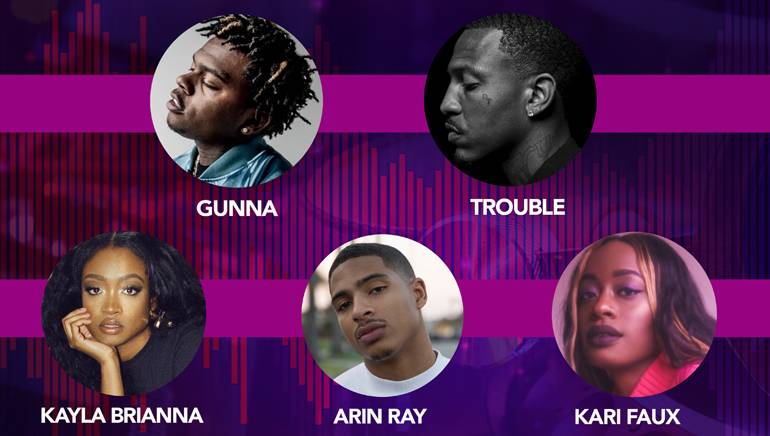 BMI is proud to be presenting the Know Them Now Experience on Thursday, May 31, at Buckhead Theater (3110 Roswell Rd NE, Atlanta, GA 30305). Hosted by Atlanta’s own 11Alive newscaster Neima Abdulahi and multi-faceted entertainer DC Young Fly, the concert is a platform for some of today’s hottest emerging and unsigned talent to showcase their artistry in front of fans and industry executives alike.

The show begins at 8 PM with doors opening at 7 PM. Limited advance tickets are $20.00 and available for purchase. Attendees must be at least 18 years of age with valid ID.

About the Talent:
Kayla Brianna: The granddaughter of legendary lyricist Gerry Goffin, Kayla Brianna is quickly becoming one of the most sought-after R&B artists on the scene. A 2017 iHeart Music Awards Best New Artist nominee, the rising star is quickly making a name for herself. She’s toured with Justine Skye and K. Michelle and recorded with the likes of Rich Homie Quan, YFN Lucci and Drake. @KaylaBrianna

Gunna: After forming a friendship with rapper Young Thug, the College Park, Georgia-based rhymer Gunna was in the studio hopping on Thug’s track “Floyd Mayweather,” where he versed alongside rap superstars Gucci Mane and Travis Scott. Now on Young Thug’s YSL imprint, he has released the Drip Season mixtape (2016), followed by Drip Season 2 (2017) and Drip or Drown, a collab EP with producer Wheezy in 2017. Hailed by The Fader as “Atlanta’s most promising young motivator,” Gunna’s latest release Drip Season 3 is currently climbing the charts. @1GunnaGunna

Kari Faux: Kari Faux is an American rapper/singer from Little Rock, Arkansas, and she’s best known for her flamboyant dress, and conversational style of rap. Her songs are most commonly characterized as “internet rap” with repetitive hooks, minimal production and an emphasis on clever wordplay. Being a product of the new age internet rap, her subject matter usually boasts her unique style and social status making her popular among social media. In 2014, Faux released her mixtape, Laugh Now, Die Later, which caught the attention of Donald Glover, also known as Childish Gambino. Glover remixed Faux’s “No Small Talk,” and featured it on his own mixtape, STN MTN. After moving to Los Angeles where she recorded and released her debut album, Lost En Los Angeles, Faux was asked by Issa Rae of HBO’s, Insecure, to use a few songs for the hit show. Her latest 7-track EP, Primary, features production from The Internet’s Matt Martians and Jerry Paper. @KARIFAUX

Trouble: Producer Mike Will Made-It recently signed Atlanta rapper Trouble to his Ear Drummer Records/Interscope Records imprint. The lyricist’s highly-anticipated mixtape, Edgewood, has been well-received by fans and critics alike. Edgewood features guest performances from heavyweights Fetty Wap, the Weeknd and Drake. FADER recently profiled the rapper, claiming his music is “worth the wait,” after a hiatus. Trouble is back and ready to take the Atlanta rap scene by storm. @TroubleDTE

Arin Ray: After his 2012 appearance on The X-Factor as Britney Spears’ protégé, Arin Ray went on to write a string of hits for R&B royalty including Chris Brown, Nicki Minaj, John Legend, Young Thug, Jeremih and more. After landing his first solo credits in 2015 with a pair of sultry ballads for Chris Brown, “Red Lights,” “Right Now” and the heartbreaking “Kae,” demand for his vulnerable lyrics and taut phrasing skyrocketed. Over the next year, Ray racked up even more writing credits including songs for Rick Ross, Jason Derulo, Yo Gotti and K. Michelle, while also releasing his solo debut EP, Phases, revealing that his gifts were not relegated to the writer’s room. His debut album, Platinum Fire, was released on Interscope Records in March. @ArinRayCamp

Neima Abdulahi: Award-winning journalist and storyteller for Atlanta’s NBC-affiliate 11Alive News, Neima Abdulahi grew up in metro Atlanta and loves reporting in her hometown. A hip-hop lover growing up in Atlanta, she’s always been drawn to the genre and how it represents the diverse and thriving culture in the A. @NeimerDreamer

DC Young Fly: Host of the MTV revival of TRL, Atlanta native DC Young Fly does it all. The comedian recently appeared on MTV’s Wild’N Out and the Wild’N On Tour, and his self-produced comedy #DigitalLivesMatter. His passion for entertainment extends beyond the comedy world with acting credits in BET’s acclaimed The New Edition Story and Will Packer’s Almost Christmas. Young Fly is also a recording artist who has worked talents such as Kevin Gates, B.O.B, Trae tha Truth, and super producer Mike Will, while dropping three mixtapes Industries Most Wanted, Supplyin Pressure, and Fly Allegiance. @DCYOUNGFLY 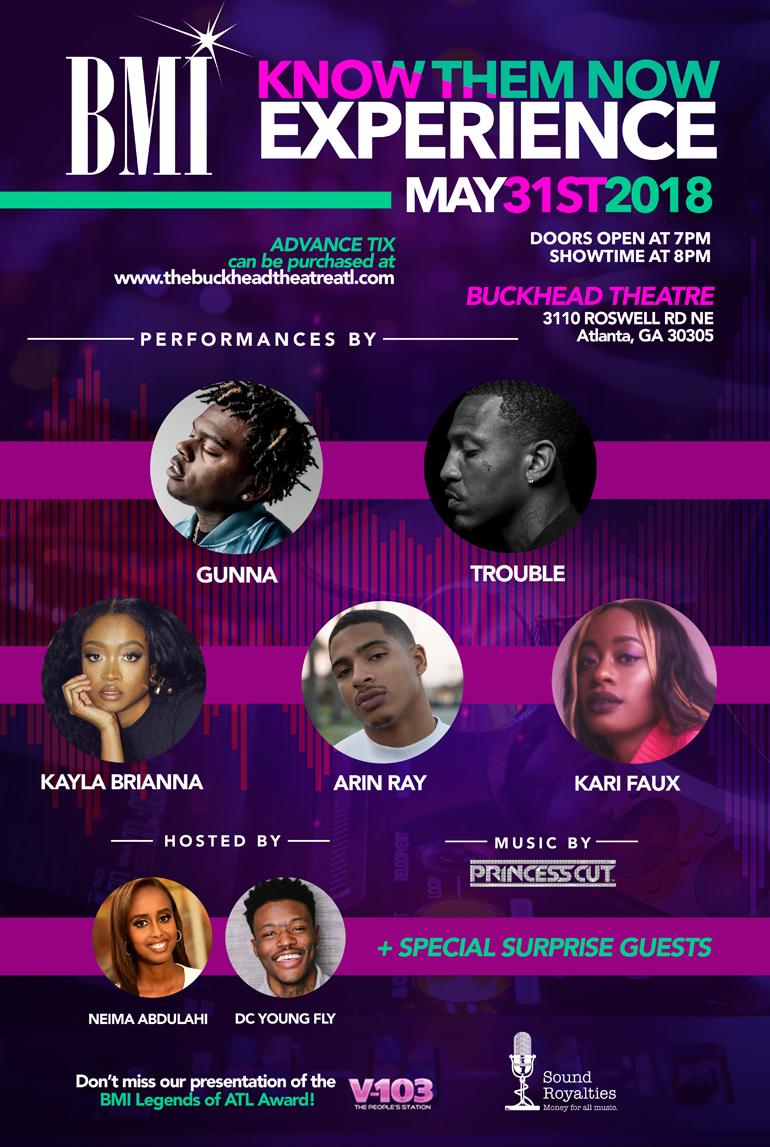