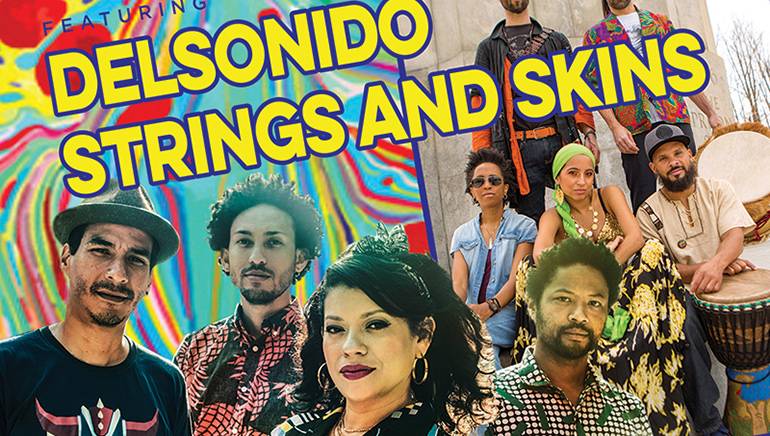 BMI is very proud to be presenting the Sabores Latinos Showcase at the Rockwood Music Hall in New York City’s Lower East Side on Thursday, January 3. A free evening of music open to the general public, this intimate showcase is designed to evangelize new and emerging talent from BMI’s Latin affiliation, with this iteration featuring two exciting outfits whose music is already creating a buzz.

Formed in Brooklyn in 2014, Strings N Skins is a versatile ensemble centered around Haitian vocalist/percussionist Okai Musik and Latin GRAMMY-award winning Colombian vocalist/violinist/dancer Luisa Bastidas. Together, their rhythmic, high-energy songs weave elements of Caribbean, Latin and African music that are reverent of the band’s rich cultural heritage and globally inclusive, with the overall aim being to unite people on the dancefloor.

Also formed in Brooklyn in 2014, the Colombian-born members of Delsonido play an eclectic blend of Caribbean music flecked with a pulsing, rock-informed edge, boasting the versatility of an experimental jazz combo with a punky swagger and an infectious rhythm. The band is currently working on a new album, helmed by GRAMMY-winning producer Chris Castagno, due in early 2019. Get a first taste of it at Sabores Latinos.

Come enjoy this exciting evening of vibrant new music with us on January 3 and the Rockwood Music Hall- Stage 2 at 192 Allen Street in New York City. 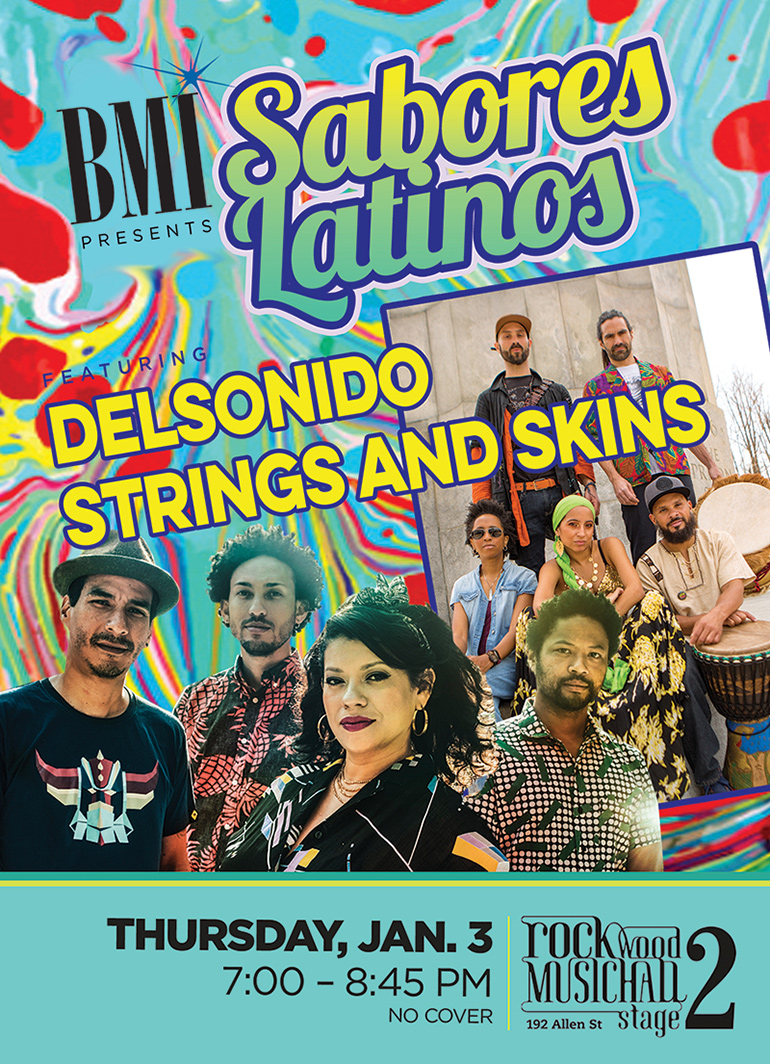