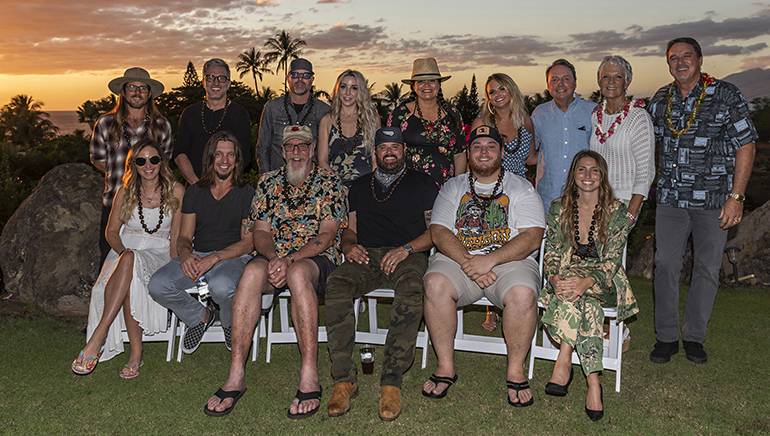 On November 29th - December 1st, BMI hosted the fourth annual  Maui Songwriters Festival. Combining the lush landscapes and local flavor of Maui with the international acclaim of music’s best songwriters, this one-of-a-kind festival puts a spotlight on the art of songwriting with intimate sets from an all-star line-up. Country music superstar Miranda Lambert headlined the festival along with a  special performance with her supergroup, the Pistol Annies. CMA Best New Artist Luke Combs along with Randy Houser brought powerhouse performances to the island. Hit songwriters The Warren Brothers, Jessi Alexander, and Jon Randall wowed the audiences with the stories behind their hit songs. Shows were held at venues across the island including Fleetwood’s on Front Street, “How I Wrote That Song” at Grand Waliea, A Waldorf Astoria Resort, and concluded with a packed house at the Maui Arts & Cultural Center. Other performers included Ashley Monroe, Ray Benson (of Asleep at the Wheel), Maui native Lily Meola, Lukas Nelson, and surprise guest appearances by the legendary Willie Nelson.