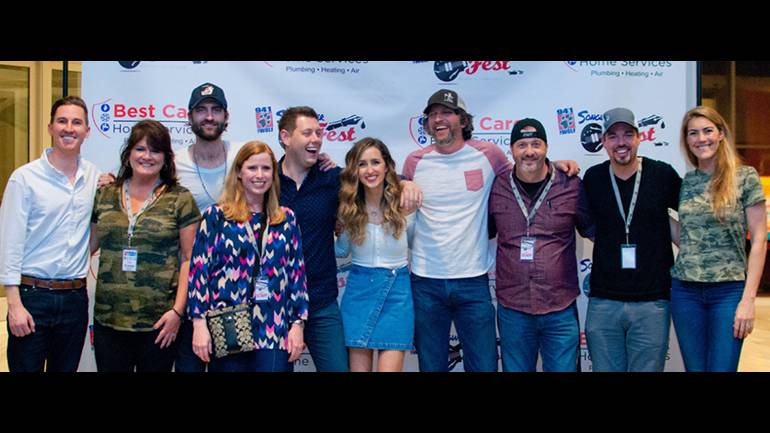 BMI partnered recently (03/29) with Entercom’s 94.1 The Wolf to present the 4th annual songwriters festival at The Halloran Centre for Performing Arts and Education in Memphis, TN. Headlining the event were award-winning BMI singer-songwriters Ryan Hurd, Parker Welling and Brandon Kinney.

Ryan Hurd has written songs that have been recorded by Luke Bryan, Blake Shelton, Lady Antebellum, Dierks Bentley, Jake Owen, Brothers Osborne, Maren Morris, Tim McGraw, Florida Georgia Line and Rascal Flatts, among many others. In 2015, he celebrated his first No. 1 single as a songwriter with the GRAMMY and CMA-nominated duet “Lonely Tonight,” recorded by Blake Shelton and Ashley Monroe. Ryan is currently on tour promoting his newest single “To A T”.

Parker Welling wrote 9 out of 11 songs on Russell Dickerson’s debut release—including the RIAA certified platinum single “Yours,” which made a Billboard record-breaking 39-week climb peaking at a multi-week number one and spending 9 consecutive weeks in the top 5. She also co-wrote his follow-up number 1 single “Blue Tacoma,” which is RIAA certified Gold, and his current single “Every Little Thing.”

The audience was also treated to a special VIP reception after the performance, and a portion of proceeds from the ticket sales went to support the Halloran Centre’s programs for students, teachers and families, which currently serves more than 50,000 annually.