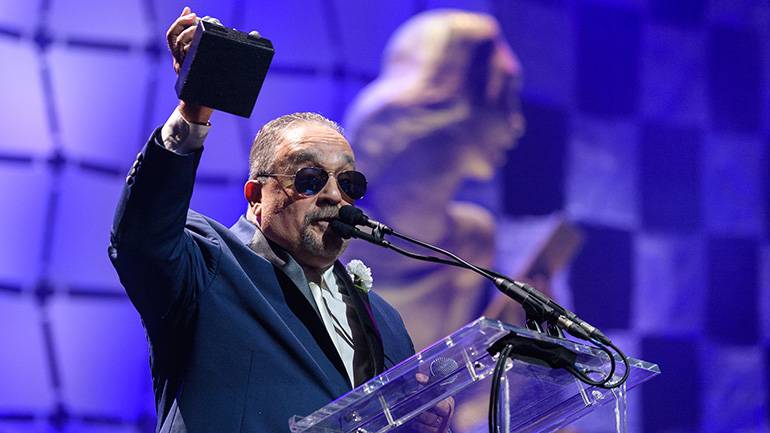 BMI is proud to congratulate its affiliates inducted on Thursday into the prestigious Latin Songwriters Hall of Fame. The induction ceremony took place as part of the 7th Annual La Musa Awards, held at the James L. Knight Center in Miami.

In addition to the inductions, the gala event honored international hitmaker Pitbull with the Icon Award and Elvis Crespo with the Song of All Times Award for his enduring hit, “Suavemente.” A Living Legend Award was posthumously presented to late, legendary Mexican balladeer José José, who passed away in December.

The celebration was augmented by a dazzling selection of songs, featuring riveting performances by honorees Willie Colón, Ivy Queen and Michael Sullivan, as well as musical appearances by fellow BMI writers such as Luis Fonsi, Elvis Crespo, Álvaro Torres, Emmanuel and more.

The Latin Songwriters Hall of Fame, founded in 2012 by legendary writers Desmond Child and Rudy Perez, works to “educate, preserve, honor and celebrate the legacy of the greatest Latin songwriters from all over the world.”

Congratulations to all our winners and inductees!