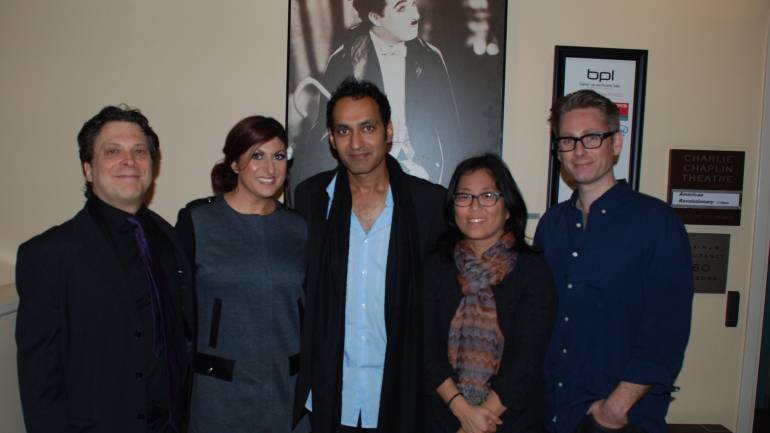 On May 14, the Society of Composers & Lyricists featured a special screening of the groundbreaking documentary, American Revolutionary: The Evolution of Grace Lee Boggs, with music composed by award-winning BMI composer Vivek Maddala. The film focuses on Grace Lee Boggs, a 98-year-old Chinese American writer, activist, and philosopher living in Detroit. Rooted for more than 70 years in the African American movement, she has devoted her life to an evolving revolution that encompasses the contradictions of America’s past and its potentially radical future, traversing the major U.S. social movements of the last century; from labor to civil rights, to Black Power, feminism, the Asian American and environmental justice movements and beyond. Following the screening was a discussion about the making of the film and its extraordinary music moderated by Benoit Grey, with composer Vivek Maddala, director/producer Grace Lee and producer Austin Wilkin participating. There to support Maddala, was BMI’s Director, Film/TV Relations, Anne Cecere.