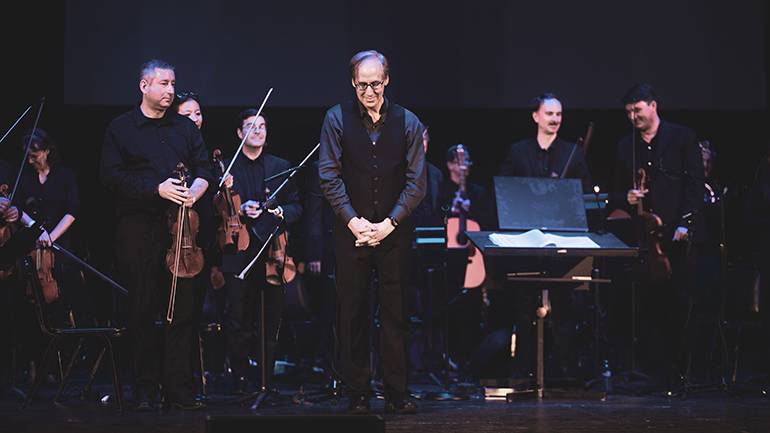 Composer Jeff Beal takes a bow to a standing ovation at the Wiltern at the end of the Biggest Little Farm Live concert.

Jeff Beal’s heartwarming music to The Biggest Little Farm, the critically acclaimed documentary about the emotional wins and losses of filmmaker John Chester and his wife, who promise a better life for their unforgettable rescue dog, was expertly performed live-to-picture at the Wiltern Theater in Los Angeles on Wednesday, December 4. The five-time Emmy-winning Beal conducted The Hollywood Chamber Orchestra in a stunning performance, which and was followed by special guest appearances by the Chesters in a post-concert Q&A with the composer.