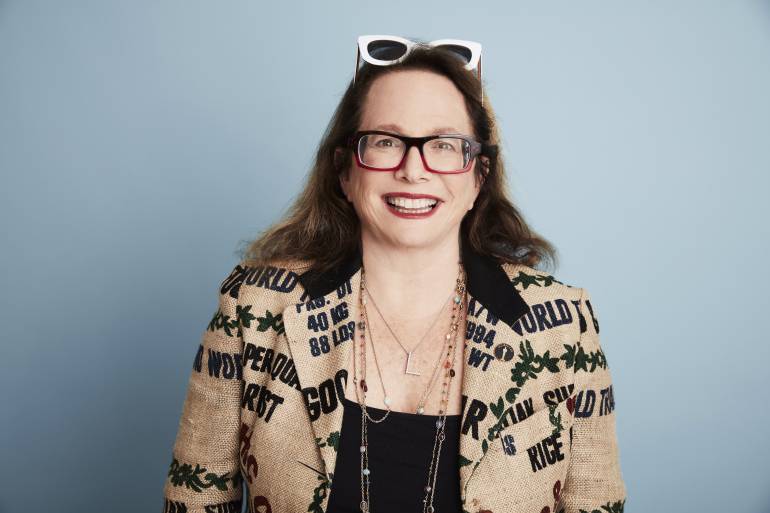 When little girls think of what they’d like to be when they grow up, they can add “renowned composer” to the list, thanks in part to the work, both musical and influential, of BMI composer Laura Karpman. Musically, the four-time Emmy and GRAMMY award-winner maintains a vibrant career in film, television, videogame, concert and theater music. Her distinguished credits include the hit series Underground, Kasi Lemmons’ Black Nativity, Eleanor Coppola’s upcoming film Paris Can Wait, Spielberg’s miniseries Taken, as well as the Showtime series Odyssey 5 and Masters of Science Fiction, both of which were Emmy-nominated. She has received two GANG awards, and an additional nomination for her videogame music, which has been performed by orchestras internationally. Commissioned by Carnegie Hall, Karpman collaborated with soprano Jessye Norman and The Roots on Ask Your Mama, which received a sold-out premiere at Carnegie Hall in March 2009, as well as a sold-out west coast premiere at The Hollywood Bowl. The acclaimed work also enjoyed a revival at the iconic Apollo Theater in Harlem, while the recording received 3 GRAMMY nominations, winning two. The prolific composer has now also been awarded a grant from Opera America to develop an opera with NY Times columnist Gail Collins called Balls! based on the historic tennis match between Billie Jean King and Bobby Riggs.

Influentially, Karpman is the founding President of the Alliance for Women Film Composers, has served as an advisor for the Sundance Film Scoring Lab and is the first American woman composer accepted to the Music Branch Executive Committee of the Academy of Television Arts and Sciences. She is also the newly elected governor of the Academy of Motion Picture Arts and Sciences Music Branch.

BMI caught up with the wave- and history-making music creator to hear her thoughts on her work, her passion to help women in the industry and her advice. Here’s what she said.

Tell us how you started out as a composer and your role in helping to create the Alliance for Women Film Composers. What gave you the idea? What were the biggest obstacles you faced?

My mother decided she wanted me to be a composer when she was pregnant with me, so I got a head start! I began writing music when I was very young and I never really thought of doing anything else. But, I did think I would be a New York new music composer. That shifted when I spent three weeks at the first iteration of the Sundance film composer’s lab. That lab changed my life as it has done for so many others. I always was interested in drama and was an avid reader of plays, but I just didn’t connect the dots between drama, music and film until I got to Sundance.

Once I got to LA, I was able to break into network television movies relatively easily. They were very few women composers scoring at that point, and I think that television movies happened for me not because my music was really ideally suited to that (I was a modernist serialist composer, after all!), but because it was something that producers and directors could imagine a woman scoring. Now, twenty years later, we get to the Alliance for Women Film Composers. The Alliance came together because of a confluence of events… our beloved Doreen Ringer-Ross at BMI hosted a lunch for women composers in August of 2013. There, I met a lot of talented and accomplished women and we all discovered that we had a tremendous camaraderie and similarity of experience. A couple of months later, Dr. Martha Lauzen, a researcher based out of Cal State San Diego, included women composers for the first time in her study of the top 250 box office films. We saw that our numbers were 2% - the lowest of any position in Hollywood, and so Miriam Cutler, Lolita Ritmanis and I got together and decided to start the Alliance.

I think the biggest obstacle we faced was just simply openly talking about sexism in Hollywood. All of us experienced it in one way or another, but didn’t feel comfortable talking about it out loud. And indeed, that has radically changed. There is a big conversation happening now and we have so many advocates - everybody realizes that there’s a big problem, and we are all putting our heads together to try to fix it.

Are those obstacles receding now that women in film are getting more exposure?

I think the obstacles are known, and they will recede, but they are stubborn.

Tell us about being the first American woman composer accepted to the Music Branch Executive Committee of the Academy of Television Arts and Sciences. What is your role and is the position different than what you envisioned?

I have to say I never expected to be a member of the Academy of Motion Pictures. I was so delighted to be admitted in 2015. I felt like I was finally part of something, rather than outside of something. Michael Giacchino, then Governor Charlie Fox, and Charles Bernstein put me on the executive committee in time for the membership meeting last year. They all wanted to see more inclusion in the Music Branch, and I think I was helpful in introducing them and the members of the executive committee to some of the wonderful women composers that are currently working very hard in our field.

You were also elected Governor of the Academy of Motion Picture Arts and Sciences Music Branch and spearheaded the inclusion of 12 new women to the Music Branch. That’s a historic achievement. What’s turning the tide for women in positions on Boards of this stature?

There are a lot of amazing women on the board. Real advocates for diversity including Laura Dern, Annette Benning, Nancy Utley, Rory Kennedy, Sharen Davis, Kate Amend, Kathy Kennedy, Robin Swicord (and others!) as well many men who want to see change as well. I think it’s really important to acknowledge that men are making a huge difference. Men must be partners and advocates in the push for inclusion.

Your multimedia opera ASK YOUR MAMA is based on a text by Langston Hughes and earned you three GRAMMY nominations, winning two. Why do you think it was so widely received?

I poured my heart and soul into ASK YOUR MAMA I collaborated with the legendary Jessye Norman and the iconic group The Roots. I had a brilliant and relatively unknown text by the great American poet Langston Hughes, so I think the odds were stacked in my favor. The extraordinary thing about the poem is that in the right-hand margins, Langston Hughes describes how the music should sound. It’s like getting the best spotting notes in the world from the most poetic and erudite director. I was really able to use my skills as a film composer and the musical gymnastics that we perform daily.

Tell us about your work on Underground and collaborating with Raphael Saadiq and John Legend. In what ways did you complement each other’s strengths?

Raphael and I have worked on a number of projects together. Underground is a very special show. The writing is nothing short of brilliant. The executive producers, John included, look for a sound that is really part traditional action scoring, part contemporary music, part hip-hop… It’s constantly shifting and changing. It’s a fantastic show to work on. We both feel we can really be our compositional selves. Working with Raphael has been one of the most enriching experiences of my life. He calls me his professor, but the truth is I think I’m learning more from him. He brings such soul, such warmth and such a different musical perspective to my work. I just love it. I never thought I would like collaborating with other composers, but I find it totally inspiring and I hope to do more.

Tell us about Balls! your opera based on the legendary tennis match between Billie Jean King and Bobby Riggs. How did you come up with the idea and what story are you trying to tell about the historic match?

I came up with the idea one day when I was taking a walk on the beach. I identified Gail Collins, the opinion columnist for the New York Times, as great potential collaborator. Her tone is both serious and fantastically ironic and utterly perfect for this project.

Look, this tennis match was operatic. Literally, Billie Jean was brought in on a litter like the famous scene from Aida. Obviously the idea of a woman triumphing against all odds appeals to me. I think art is a way to talk about society, and perhaps, in some small way, to change it.

What’s the most important legacy you’d like to leave?

Oh god, am I leaving already!!!??? I guess I want my tombstone to read “maximalist.” I’m not in the ‘less is more’ school. I like to write thick, complicated music. I value simplicity and clarity, but I also value conceptual thinking in concert and film music.

Legacy… I don’t want to leave things the way that I found them. I don’t want to continue having this discussion about women not having the same opportunities as men. I want to look back at this time and see that this was when it all finally really changed.

What advice would you give aspiring women composers?

I joined BMI when I was 19 years old and a sophomore at the University of Michigan School of Music. James Roy, a fine southern gentleman, recruited me and I have never looked back. I still have my first royalty check, which I think was for two cents. And that’s my two cents!