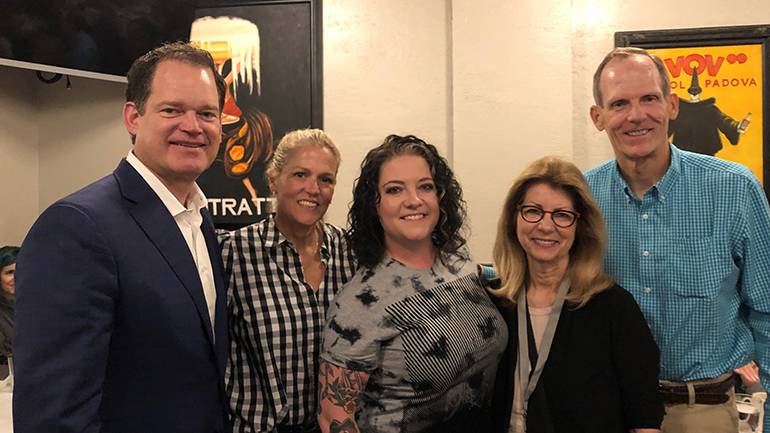 The 12th year of Rising Through the Ranks, held on August 14, was highlighted by a stunning performance from BMI songwriter and Warner Music Nashville recording artist Ashley McBryde at the annual dinner hosted by BMI for members of the RTTR Class of 2019. Rising Through the Ranks, which is a collaboration between BMI, the Radio Advertising Bureau (RAB) and the Mentoring & Inspiring Women in Radio organization (MIW), is a two-day management training program for female radio executives held each year at BMI’s office on Music Row. The sessions feature a number of presentations by some of the radio industry’s top female leaders, and are designed to give participants the tools they need to take the next step up in their career path. This year, BMI awarded 25 scholarships to deserving women working in the radio industry in various markets across the country. The annual dinner was sponsored in part by HD Radio, a long-time supporter of BMI songwriter events. McBryde is a critically acclaimed artist who received multiple ACM nominations this year, along with a GRAMMY nomination for Best Country Album.