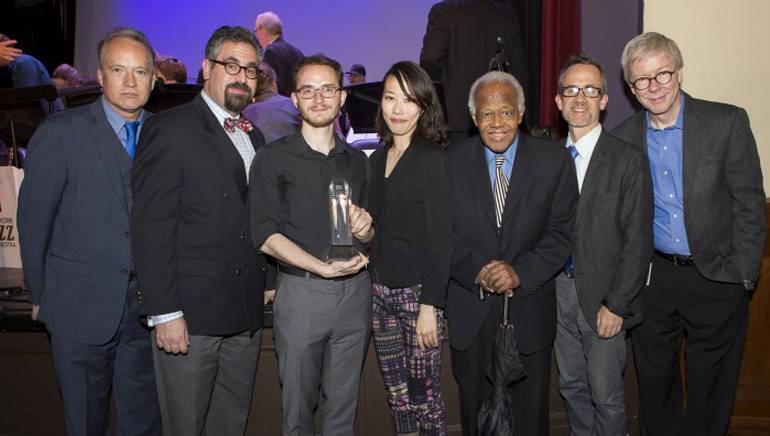 BMI is now accepting applications for the 30th annual BMI Jazz Composers Workshop! This prestigious workshop runs from September 2017 through May 2018 and meets weekly at BMI’s New York office. The application deadline is Tuesday, August 15.

Founded in 1988, the workshop helps aspiring jazz composers hone their craft and develop their technique with a special focus on “big band” or jazz orchestra composition. Under the guidance of long-time musical director Andy Farber and associate musical director Ted Nash, participants will work towards conducting their original piece at the Workshop’s annual showcase, where the BMI Foundation’s Charlie Parker Prize and Manny Albam commission will be awarded to the composer of the piece judged to be the best of the night. The annual showcase has been featured in such notable publications as Jazz Times and the Wall Street Journal, among others.

GRAMMY-nominee Andy Farber, who teaches jazz composition and arranging at The Juilliard School in New York, has written arrangements for legendary artists including Shirley Horn and Jon Hendricks, as well as for symphony orchestras including the Boston Pops Orchestra. Outside of the jazz arena, Farber also composes music for media, including TV commercials, TV shows, web series, documentaries, and feature films. Ted Nash marks his return to the BMI Jazz Composers Workshop where he was a student in the early 1990s. Among his many accomplishments, Nash is a member of the Jazz at Lincoln Center Orchestra directed by Wynton Marsalis, as well as the Jazz Composers Collective. This year he received two GRAMMYS for his big band compositions from Presidential Suite: Eight Variations on Freedom.

Since its founding in 1939, BMI has been deeply rooted in the jazz community and this year’s Jazz Composers Workshop continues BMI’s support for jazz while providing a creative learning experience for all participants. Funded totally by BMI, participation in the workshop is free for those 18 and older, and while BMI membership is encouraged, it is not required. Apply now!