Posted in MusicWorld on February 20, 2009 by Kevin Bronson 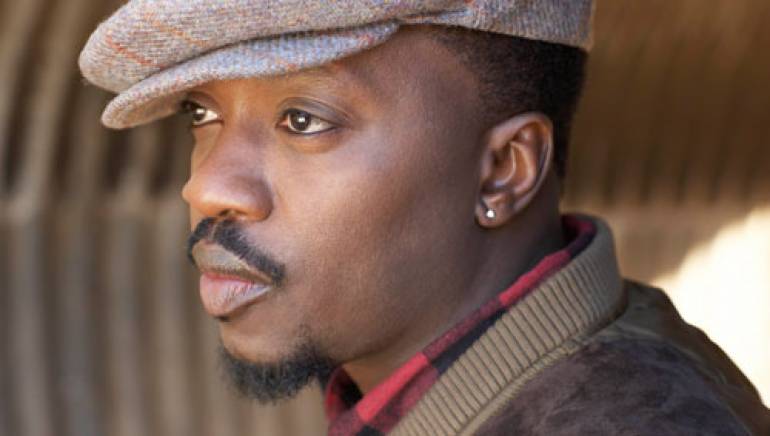 Anthony Hamilton’s singing voice revealed itself early, making friends and turning ears from the first time he opened his mouth as a youngster at the Macedonia Baptist Church in Charlotte, N.C. His songwriting “voice,” however, remains an instrument he constantly hones — and occasionally reshapes — as he emerges as one of music’s foremost r&b practitioners. Both voices are at their sharpest and loosest on The Point of It All, Hamilton’s third proper studio album, a tuneful frolic through rhythm and blues, hip-hop and country that, even more than his 2003 platinum-selling effort Comin’ From Where I’m From, turns his warm, fuzzy baritone into an object of affection.

It’s vintage soul meets classic songwriting — a manifestation of the burgeoning confidence the seven-time Grammy nominee feels after long years of dues-paying as a backup singer and songwriter for other artists.

“I’m feeling the growth every time I step in the studio,” he says. “I’m getting solidified in telling my stories and I try to make each song about something different, to give it its own feel.”

On the surface, those stories might not seem particularly scholarly, but that is Hamilton’s everyman appeal. His distinctly Southern, blue-collar aesthetic still relies on the basic writer’s tools of keen observational skills, honest emotions and the vocabulary to convey them in verse.

“There’s no set formula for writing a song,” he says. “It all starts with an idea — something I see out the window, or notice on the street, or see in a commercial. Or I’ll be around my great group of people and somebody will say something that triggers an idea.”

The 38-year-old, who released his first album in 1996 but didn’t get his big break until he sang the hook on the Nappy Roots 2002 hit “Po’ Folks,” also preaches the virtues of being a good listener — a lesson he learned in his days working as a barber. “I’m pretty nosy; I like listening and people-watching,” he says, chuckling as if he’d just overheard something he shouldn’t have. “Most of the time, it’s pretty enjoyable.”

Hamilton has worked with the likes of Al Green (their collaboration “You’ve Got the Love I Need” earned a Grammy in the Traditional R&B Vocal Performance category at the 2009 ceremony), country singer Josh Turner and Keyshia Cole. And he’s quick to heap praise on his own co-writers, including longtime cohorts Mark Batson and Kelvin Wooten, as well as the Avila Brothers and Jack Splash, both of whom came on board for “The Point of It All.”

“It’s like the perfect marriage in a lot of ways,” he says of Batson and Wooten. “They’ll be in the studio working up some ideas, and I will come in and say, ‘I’m really feeling this. Let’s go with it.’ I’m a spur-of-the-moment kind of dude. And I know how to drive every kind of car.”

His strong work ethic and can-do attitude has carried over into promoting, touring and his other collaborations. In fact, he’s currently on another stylistic change-of-pace, a blues album. “We’re not concentrating on making a radio record, really,” Hamilton says, adding with a laugh: “In fact, Bruce Irvine (one of the engineers on the project) says it’s gonna be Christian belly-rubbing music. Sounds fine to me.”