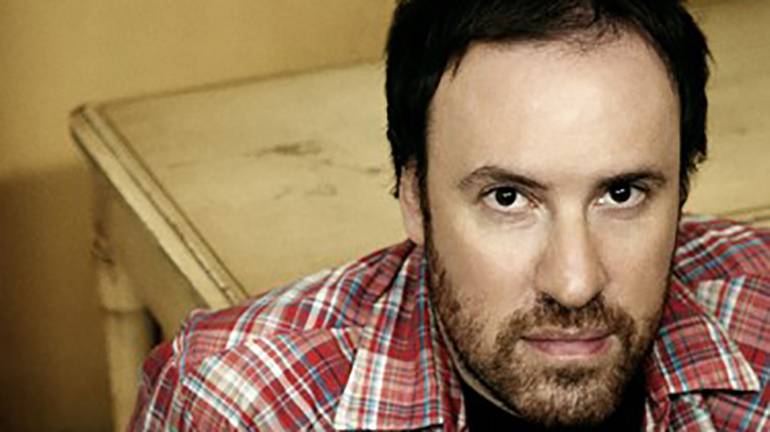 With a slew of award-winning films on his extensive resume, including one of the highest grossing independent films in history, Waitress, Andrew Hollander is undoubtably a uniquely gifted composer. But his story goes on to tell the other half of his impressive creativity, and that’s what a talented songwriter and producer he is as well. Not only was his score for Waitress short-listed for an Oscar, so was the film’s song he co-wrote with Adrienne Shelly, “Baby Don’t You Cry (The Pie Song).”  Maybe that’s because when he says it’s all about finding the soul of whatever you’re working on, he means it. Hollander has been the scribe and producer for songs custom-made for artists Carly Rae Jepsen, Celine Dion, Brian Elmquist of the Lone Bellow, Rozes, Jake Troth, Jojo, Stanaj, and UK breakout artist, Adam French. Now he’s taking on another project. This one is for the movie Words On Bathroom Walls, which he co-scored with duo Alex Pall and Andrew Taggart, also known as the Chainsmokers. The result is music you can’t help but get hooked on, and the story, about a teenager with schizophrenia who tries to hide his diagnosis, is a thoughtful look at living with a mental illness while navigating high school.

With the film and the soundtrack coming out tomorrow, BMI sent a few burning questions to Hollander that he answered via e-mail. Here’s what the music creator behind A Child’s Garden of Poetry, Leap!, It’s A Hard Truth Ain’t It, Once Upon a Time in Uganda, and many other films and songs had to say.

How did you start out in music and what determined your path?

As a kid, I was super into music. Always in my room listening to records from beginning to end. And my older sister played piano which I thought was the coolest thing in the world. I didn’t start playing until I was around 11 or 12… A bunch of my friends were starting a band and I didn’t wanna be left out. I went home that day after school and told my parents I wanted to learn how to play piano. They found me a great teacher and I was hooked.

What were some of your first projects and how did you break in?

My first projects on the film side of things were small independent films. I was doing whatever I could to meet directors, editors, anyone involved in filmmaking. The first film I scored that got out into the world in a big way was Waitress. I learned so much working with Adrienne Shelly on that. As a songwriter and producer, it was a similar start. I was trying to meet as many people as I could, playing in bands, producing artists, and writing as much as possible.

Tell us a bit about scoring Words On Bathroom Walls. How did you get involved and what was it about the story that intrigued you?

My agent Stephanie Langs called and asked if I’d be interested in co-scoring a film with the Chainsmokers. I’ve collaborated with musicians in tons of different ways, but I’d never co-scored a film before. They sent me a cut of the film and then Drew and I met up in New York and talked through ideas and approaches and were totally on the same page. The film itself intrigued me because there are very few films that depict mental illness in a real way. I think it’s important to understand the people who are suffering from different forms of mental illness and I felt the film did a beautiful job of telling the story of a teenager suffering from schizophrenia. It just connected with me.

How did scoring it with the Chainsmokers come about and how did your process differ working with them as opposed to scoring alone or working with another film composer?

The composing process is often very isolating so it was awesome to have a more collaborative experience. For most of the time I was in New York and they were in LA so we would send ideas back-and-forth. We kept building the themes and the sonic world of the film that way. Then I got in the studio with Drew and Alex for about a week and we finished everything up together… really fine-tuning all the cues. We had a great time working together.

In addition to scoring, you’ve also written and produced a number of artists on their projects. How do you switch gears from composing for a film to completing an entire song in 3 or 4 minutes?

I don’t really find it to be that different. They’re different disciplines, but creatively it’s all about finding the soul of whatever you’re working on. If I’m writing with an artist for an album I’m trying to get to the heart of whatever and whoever it is that they are through the song. If it’s a film, you’re of course one part of the narrative, but you’re still trying to bring out elements of the story and the characters so that the audience is drawn into a world and into these character’s lives. The workflow is completely different, but the creative process for me is actually very similar.

What are the key elements of a film score as opposed to a song?

A film score is one piece of a bigger puzzle. You have to find the emotional thread that may not be represented in other ways. It’s a balancing act. You don’t want to compose something that’s exactly like what you’re seeing or what’s being said… you want to find emotional threads that give the audience insight into other elements of the characters and the story. If you do it right it’s part of what can add a lot of layers and depth to a film. When you’re writing a song you’re trying to make a mini movie. You want to create a world in three or four minutes. You’re trying to immerse listeners in a world that’s as unique as possible to that artist, that song. That’s the goal.

You consider Yusef Lateef to be your greatest mentor. Tell us a bit about that relationship, how it started and what you learned.

Yusef was one of the most inspiring people I’ve ever known. He could play one note on a tenor sax and you would be in tears… I’ve never witnessed a musician so pure and gifted and innovative. I studied with him in college and he hired me to play on three of his albums. That vote of confidence meant everything to me and those sessions taught me more about music than the sum of what I learned in all my years leading up to it. It was about the spirit, the intention, the connectivity. I was playing with musicians who were far more seasoned and beyond my abilities at the time and they welcomed me with open arms. I learned so much from them, it’s impossible to put it into words. I am forever grateful.

I just a finished a song with Rozzi Crane that will be out in about a month or so. She’s crazy talented, great artist coming out on S-Curve. I’m also scoring a documentary for HBO, but unfortunately not at liberty to give details at this point. I will say it’s a project close to my heart and I’m excited to tell you about it when I can.

I joined BMI because some songwriter friends of mine had told me BMI had an awesome team that truly supported artists. Once I met Doreen Ringer-Ross and Samantha Cox, I knew it was the right place for me. BMI has always been super supportive, from introductions to artists to including me in panels at Sundance. I feel like they have always had my back and are constantly looking for ways to support and advance all of the artists they work with. It’s so important to be surrounded by people and organizations that really support artists and writers…especially at this point in time.