Posted in MusicWorld on January 19, 2021 by Abby White 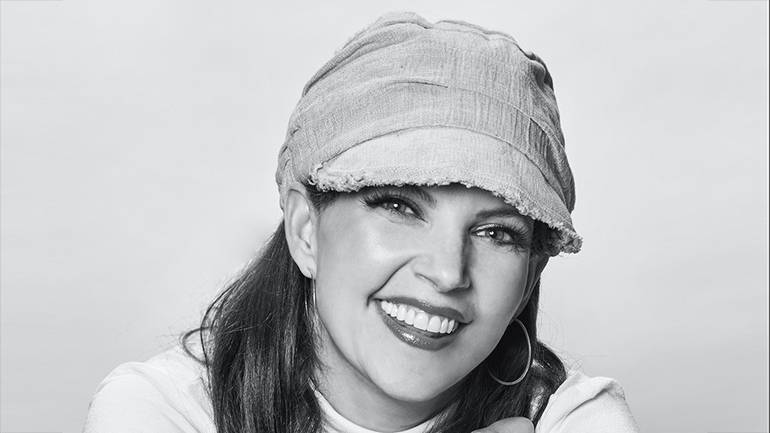 Aimee Mayo’s life story sounds like a movie plot. She endured a volatile childhood growing up in Gadsden, Alabama, changing schools 11 times before fourth grade. Her father shot himself when she was 8 years old; he survived, and after Mayo’s parents divorced, her mother married an abusive man. She spent years alone in her room, writing in her diary and finding an escape into music.

After moving to Nashville, Mayo waitressed near the fabled Music Row area before signing a publishing deal at age 23. She wrote with songwriter Chris Lindsey for four years before falling in love with him — while writing Lonestar’s hit song “Amazed” together with songwriter Marv Green — and getting married. Mayo has racked up GRAMMY nominations, nods from the Nashville Songwriters Association International (NSAI) and the Academy of Country Music (ACM), and she is one of a handful of female songwriters — along with Nicolle Gaylon, Taylor Swift, Shania Twain, Stephony Smith and Kye Fleming — who has received both BMI’s Country Songwriter of the Year and Country Song of the Year awards.

The natural born storyteller, who lives in Nashville with Lindsey and their three children, had more than three chords and the truth to share with others, and she spent more than a decade working on her recently published memoir, Talking to the Sky. BMI caught up with Mayo to learn how she approached writing her story, how she creatively collaborates with her spouse, and why she put a “Dream Portal” on her website.

You had a nomadic childhood, changing schools 11 times before fourth grade. How did this inspire you to start writing?

We moved so much throughout my early childhood that I never lived anywhere long enough to make lasting friends. On Christmas Eve, when I was 8 years old, my dad shot himself. The phone rang, and all hell broke loose. My grandmother grabbed a gift from under the tree, put me in my uncle’s bedroom, and told me not to come out. The gift I opened that night was my first diary.

Your dad was a songwriter, and your brother writes as well. What do you think fostered such a love for music and creativity in your family?

Music was a way I connected with my father. I can see us plain as day in a beat-up station wagon with the windows down, singing “Brown Eyed Girl.” My brother Cory and I were saturated in songs as far back as I can remember. We complained because my dad always played his demo tapes in the car. But I dissected his songs.

My dad survived the gunshot, and my parents divorced a couple of months later. My mom quickly married a man I had met twice. It wasn’t long until he started beating my brother Cory and I. Mom left him when he beat my 3-year-old brother so violently with an extension cord that he almost put him in the hospital. Mom went back to him under the condition that he wasn’t allowed to discipline us anymore. That’s when my life turned into a weird science of psychological abuse.

I spent a total of almost three years grounded, alone in my bedroom. Writing and music were how I survived. Music was my escape hatch — the place I could go when I needed to fade away into my own world.

When did you first realize you could write a song? Tell us a bit about your creative process.

I wrote my first song at 8 years old with my dad. We went to see a movie called The Buddy Holly Story, and that’s where I saw someone write a song for the first time. Later that night, I told my dad, “I’m gonna be a songwriter when I grow up.”

“What makes you think you can do that?” he asked.

He shot back at me, “I’d always let you know that you had a friend, if only I could hold you again.”

You arrived in Nashville at the age of 20 and signed a publishing deal three years later. Can you share a little about your experience starting in the music industry?

When I first moved to Nashville, I got a job as a waitress at Brown’s Diner because it was right next to Music Row, and all that’s where all the writers and publishers ate lunch. I asked everyone to write. When I told people I wanted to be a songwriter, laughter was usually the response I got. It was the early ‘90s, and almost all of the signed songwriters were men in their 40s and 50s. And I was 20, female, not a musician, and my dad had told me I was tone-deaf when I was a kid, so I was afraid to sing in front of anyone.

It took years before I worked up the courage to sing on a demo. But not long after, I got offered a record deal by John Kalodner, a legendary A&R guy from L.A. that signed AC/DC, Foreigner, Peter Gabriel, and Phil Collins. I would rather talk on stage than sing; I get super nervous. Being a performer was never my dream.

Your husband, Chris Lindsey, is also a songwriter, and you collaborate frequently, starting famously on “Amazed,” which was written when the two of you were falling in love. Can you share a little about what it’s like to work with your spouse?

Chris and I wrote for four years before we became a couple. When we fell in love, we wrote so many songs for each other. “My Best Friend,” recorded by Tim McGraw, was the first song I wrote for Chris (co-written with Bill Luther). He wrote “I Wanna Be Your Everything” ( co-written with Bob Regan) for me for our wedding. It was a hit for Keith Urban, and Keith always laughs because Chris told him the first time he played the achingly romantic song for me, I said, “I love it, but I don’t know about that wheel that never rusts line.”

We continued to write love songs, “Amazed,” “Let’s Make Love,” and lots more. Chris wrote “Poison and Wine” by the Civil Wars (my favorite song he’s ever written) after a bad fight we had. I love the line, “I don’t love you, and I always will.” It seems like everything ends up in a song somewhere.

You recently published your memoir, Talking To the Sky, in which you share a lot of painful and poignant memories from your life. Was it difficult writing a book sharing your personal story, as opposed to channeling your own experiences in songwriting, or did that come naturally for you?

It was like working on the same song for 15 years. Alone. I got lost in it and struggled with so much self-doubt and fear that I wasn’t sure if I would ever finish it. The book is my heart on paper, and I believe it’s my life purpose. My favorite line in the memoir is, “All my greatest gifts have come wrapped in ribbons of pain.” Writing this book has been the hardest, most painful thing I’ve ever done.

You have a “Dream Portal” on your website. Can you explain what that is and why you wanted to share that with your audience?

The Dream Portal is a place to put your biggest dream — somewhere other eyes will see it. It’s a place to say it out loud and set it free out into the universe. There is a quote I love by Wayne Dyer that says, “Don’t die with your music still in you.”

I want the book to encourage everyone who feels hopeless or lost in their life to go after their dreams. One of my favorite comments about the memoir so far was from a lady I’ve never met. She said, “This is a book for dreamers!”

Growing up, I loved Lionel Ritchie, Cyndi Lauper, Rick Springfield, and The Eagles. My favorite songwriter is probably Paul Simon. His lyrics are otherworldly. I love someone fearless and free enough to write a song called “René and Georgette Magritte with Their Dog After the War.”

Hopefully, a book tour as soon as life gets more back to normal. I’m also planning to re-release Talking to the Sky with a legendary soundtrack that I’ve been dreaming about for over a decade. It’s going to be full of original songs and covers that relate to the book. I have a few titles saved that I want to write with Julia Michaels, Shane McAnally, Chris Tompkins, and a handful of other writers I love.

I also have a list of cover songs I want to record for it, Chris and Morgane Stapleton on Aerosmith’s “Dream On,” Blake Shelton on a cover of Johnny Lee’s “Looking for Love,” Jamey Johnson and Slash on a remake of “Free Bird.” I’ve got my dream list of artists and songwriters I want to work on it with — they don’t know it yet.

How did you first start working with BMI, and how has it impacted your career over the years?

Jody Williams at BMI was the first person that believed in me. He set me up with my first meetings with publishers. Sometimes all you need is someone who believes in you. BMI changed my life.