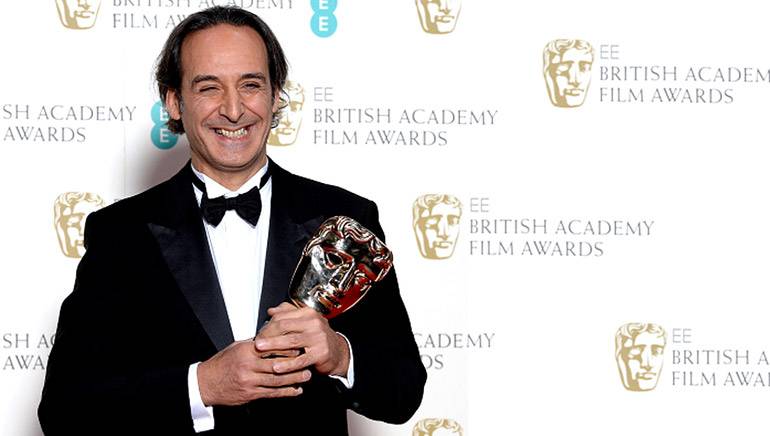 BMI congratulates composer Alexandre Desplat (SACEM) on winning the British Academy of Film and Television Arts (BAFTA) award in Best Original Music for the film, Grand Budapest Hotel. On the same evening, across the pond, Desplat’s work in the same film also won a GRAMMY in Best Score Soundtrack for Visual Media. These achievements mirror the recognition he received for his music in The King’s Speech, which also garnered both BAFTA and GRAMMY awards.

During a backstage interview at the BAFTA Awards, Desplat expressed how he composed the unique soundtrack for Grand Budapest Hotel: “Each film we try and put together a band that belongs to the film … it has a sound of its own … it is beautiful music — at the same time joyful and melancholic.” He went on to discuss the emotion involved in his creative process and its completion: “I get emotional when I find the ideas but then only when I hear them played by musicians … on the picture it’s gone, really, from my heart. It doesn’t belong to me anymore, it belongs to the film, and to the director, of course.”

Desplat’s masterful craft and unwavering commitment to his compositions truly shine a spotlight on how music enhances the collective mood of a film. Join BMI in applauding both of his wins.