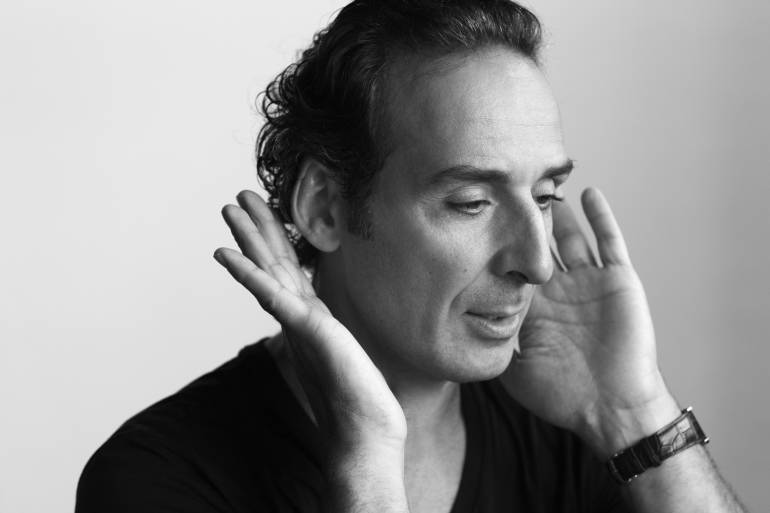 Film music maestro Alexandre Desplat is one of the world’s most in-demand composers. This year has proven to be remarkable, even for someone so prolific: he received an Oscar nomination for scoring Philomena, then followed that success with Godzilla, The Monuments Men, The Grand Budapest Hotel and Unbroken (opening on Christmas Day), deftly transitioning between diverse genres, each time creating a poignant sonic dimension that immersed the audience in the story. No wonder then that he is garnering incredible recognition in the industry, including a GRAMMY for Best Score Soundtrack for Visual Media (The King’s Speech) and a Golden Globe for Best Original Score–Motion Picture (The Painted Veil), along with six Academy Award nominations and many BMI awards. Rounding out his awards collection, Desplat has also earned multiple wins from the World Soundtrack Awards for Best Film Composer of the Year and Best Original Score of the Year (most recently for The Grand Budapest Hotel), as well as Hollywood Film Awards for Film Composer (the latest one for The Imitation Game).

Released on November 28, The Imitation Game tackles ciphers, secrets and social norms. It centers on the brilliant mathematician and cryptologist Alan Turing, who is credited with cracking the unbreakable codes of Germany’s World War II Enigma machine, and later struggled through a tragic criminal conviction surrounding his sexual identity. Throughout the film, Desplat displays his mastery in evoking emotion with every note and timbre. Here, he shares some thoughts about his creative process and the artistic sensitivity he brings to his memorable scores.

You have such a remarkably diverse body of work. In your words, what does music bring to cinema?
Music in movies is inventing a sixth sense, something intangible which brings out the invisible: unspoken emotions, hidden traumas, the past or future of a character, the untold drama … in [a] few words, the soul of the film.

Tell us a bit about The Imitation Game. Which story elements or characters particularly inspired its score?
The Imitation Game is a story with many counterpoints, which I love since it allows me to write … counterpoints: Alan Turing’s genius brain, World War II, the suspense of breaking the Enigma code, the trauma of a young Alan Turing, his hidden homosexuality, his difficulties to communicate with other human beings, etc, (acoustic and/or electric).

What dimension and vision did director Morten Tyldum bring to the project? What was your collaborative experience like?
When you see so much wonderful achievement in a film, from the impeccable cast to Billy Goldenberg’s editing, the costume design or the photography, there is usually, as much as the producer as involved, one person behind it: the director.

Morten has shown an incredible talent in giving Alan Turing a fantastic tribute, entertaining and moving at the same time. And this flawless sensation I was mentioning above is also an instinctive sense of rhythm which I could call “musical.”

And when he told me he once hesitated between being a musician or a director, it all made sense. And I am glad he did not [become a musician], allowing me to score his film!

Besides The Imitation Game, your 2014 films include Godzilla, The Monuments Men, The Grand Budapest Hotel and Unbroken; each one creates its own striking universe. Tell us about your creative process and how you shift between genres.
Cinema is multiple, isn’t it? We like to watch thrillers, comedies, dramas ... and I like to play with all these genres, it is actually a blessing for a composer since he can use all the musical tools: jazz band, electronic, full orchestra, chamber music …

Those who follow my scores can tell they are mine even when I stretch from The Grand Budapest Hotel to Unbroken. Not only by my writing — which I believe is rather specific — but also in the placement of music in the flow of the film.

The interpretation is the other crucial aspect of my recordings. I work very closely with Solrey [Lemonnier], my concertmaster since I started, my artistic producer … my wife. She is my first ear and her inventive and tastefully sensitive violin playing has changed my perception of interpretation, and not only for the strings it seems. Her presence in the studio while I am conducting and her fine ear and precise notes make my music so much better.

What do you hope audiences take away from your music after experiencing it on-screen? Is there a universal theme or emotion you wish to convey?

I wish them to feel … something more than what the film without score would have made them feel.

It goes sometimes to being restrained, like an undercurrent, sometimes being loud and lush. It all depends what the film is calling for.

But I always hope that I’ll be able to write music which can stand alone once the theaters are closed. And that is not an easy task to achieve … and I try.

What valuable lesson have you learned in your career that you can share with aspiring film composers?
Learn music, its history and its worldwide possibilities, but also learn as much about cinema. I strongly believe that my special relationship with directors comes from my capacity to understand the language of cinema and to be ready to explore it deeper with them, with humility and ego equally combined.

Congratulations on your recent prestigious wins at Ghent’s World Soundtrack Awards! What does that honor mean to you?
I think my mother is really happy about all my awards ...

Seriously, it makes me very proud of the work I have accomplished, working along with fantastic directors. It gives you a bit more confidence even though doubt is still checking on you with an ugly smirk.

But the work quickly takes over and I quickly go back to my position: a man alone in his atelier trying to press music out of his brain in no time.