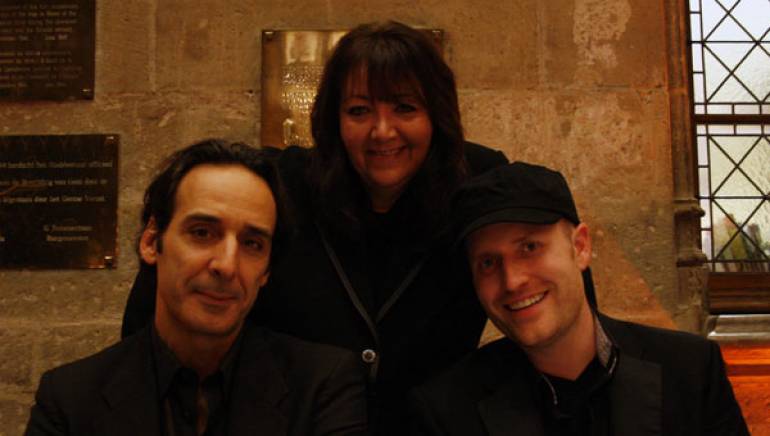 The 9th World Soundtrack Awards were the capstone of the 36th Ghent International Film Festival, held October 6-17 in Belgium. Alexandre Desplat (SACEM) was named Film Composer of the Year, thanks to his stunning original scores for motion pictures including Coco Avant Chanel, Largo Winch, Chéri, and The Curious Case of Benjamin Button, which also garnered Best Original Film Score of the Year for the internationally renowned composer. Following the ceremony, Desplat conducted the 80-member Brussels Philharmonic in a crowning performance of his work.

Top honors from the film festival itself went to Nathan Larson, whose original score for A Rational Solution earned the Georges Delerue prize for Best Music. In an explanation of their decision, the jury praised Larson’s composition as “an example of intelligent and economical use of music and sound design, understanding the subject of the film while serving the story and the emotions of the actors in a subtle way.”

About the Ghent International Film Festival
The Ghent Film Festival was established in 1974 as a students’ film festival, and has since developed into one of Europe’s most prominent film events. Every year in October, the festival presents some 120 features and 50 shorts from all across the world. A range of different film programs are showcased, attracting over 100,000 viewers each year. The International Federation of Film Producers Associations (IFFPA) recognises this festival as a competitive festival primarily geared towards the ‘impact of music on film’. There are 4 awards up for grabs and around 15 entrants. www.filmfestival.be