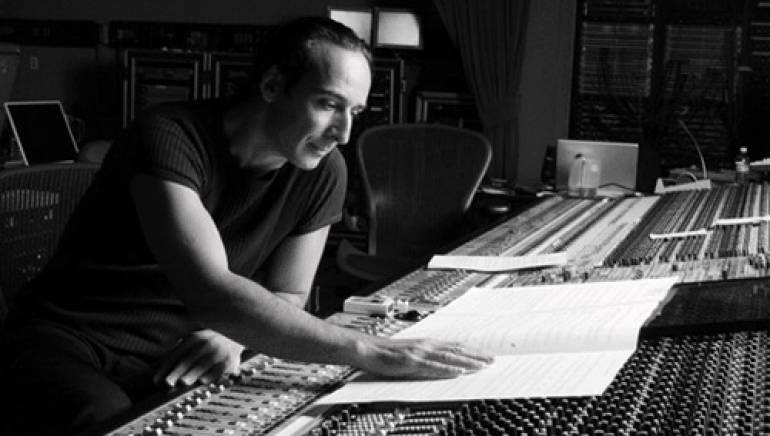 How do you score a film about a man who stutters?

That challenge fell to French composer Alexandre Desplat, whose thoughtful work on The King’s Speech earned him an Oscar nomination for Best Original Score, his fourth such nod in five years.

“The best score for this kind of film is subtle, one that’s not showing off,” Desplat explains, and indeed, Desplat’s score is striking for its economy. Unlike his work on such blockbusters as The Twilight Saga: New Moon and Harry Potter and The Deathly Hallows — films that seem filled with music — The King’s Speech required a more strategic approach.

“It’s a film where the music is not here to shine,” Desplat notes. “But I think if you take the music I wrote out there would be huge hole, because the music is conveying what the character cannot express. Not only that, subliminally, I injected things that I’m sure the audience cannot analyze, but they can feel.

“For example how do you express stuttering in music? Well you can’t just repeat the same chord. I found the idea of repeated notes, this thing that can’t evolve because it’s like it’s stuck, the key is stuck. The music is an echo of the king’s difficulties. And I’m certain this goes under the skin of the audience and emphasizes all of the emotions and suffering that the king has.”

This deliberate approach is what makes Alexandre Desplat a favorite among the industry’s celebrated film directors. Desplat’s résumé is filled with critically lauded award-winners: Steven Frears’s The Queen, Wes Anderson’s Fantastic Mr. Fox, Roman Polanski’s The Ghost Writer and David Fincher’s The Curious Case of Benjamin Button, to name a few. Desplat integrates storylines, character arcs, tone and setting into his musical compositions, and does so in unexpected ways.

“I remember when I did ‘Girl with the Pearl Earring’,” he recalls. “I was hired because I suggested we not use period instruments. Instead, I suggested we have a modern setup, modern instrumentation that would refer to what period it was by using very gentle sounds. Like a trumpet with a mute, which creates an eerie, dated sound that could sound Baroque without being Baroque instruments.”

Desplat played with sound in a different way on The King’s Speech.

“I needed to find a sound that could bring us to back to that time period, and that is where the genius of Pete Cobbin came in,” says Desplat. Cobbin, chief engineer at Abbey Road Studios, discovered the studio possessed the actual microphones used by King George VI and the royals depicted in the film. He suggested wiring them in to the studio. Desplat was thrilled with the results.

“They gave the sound a patina. They gently date it, without it being something that sounds like a special effect. Like a filter, a veil in front of the serial image. It was so wonderful that [director] Tom Hooper decided to re-record all the speeches through them. So all of the king’s speeches that you hear in the film, it’s Colin Firth speaking through this very microphone! All because of this great idea that Pete Cobbin had.”

Such serendipitous discoveries are what excite Desplat about his work. A self-described cinephile, Desplat says music and film “are completely merged in my brain.” When a score informs the filmmaking process and vice versa, as it did in The King’s Speech, the result is a truly collaborative creative effort.

“All along, every element is connected. There’s the emotional power of the modern set-up, the veiled sound through the royal microphone, the interweaving way of writing music under the dialogue, the repetitive notes of the piano that let you feel that the king is stuck: all of these elements make the movie.

“That is why I’m so passionate about making music for movies, because you dive in and find the best ideas to bring to life a collective piece of art.”

Composing “is not a job for me,” he adds. “And that explains why I never stop. Even though it’s tough on your body and your brain and the sacrifices you have to make, what can I do? I’m passionate about it so I never stop.”