Posted in MusicWorld on June 9, 2009 by Rob Patterson 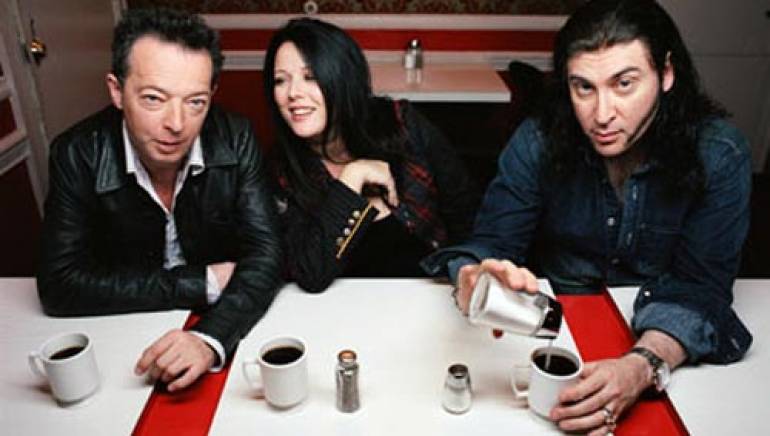 Over the last 10 years, The Matrix has made an indelible mark on the music industry as a writing and production team. With a résumé that includes work with such varied artists as Avril Lavigne, Ricky Martin, and Liz Phair, the trio of Scott Spock, Lauren Christy and Graham Edwards have lived up to their chosen moniker by truly becoming a creative womb and nexus.

Brought together by manager Sandy Roberton (an experienced producer himself), the three were instrumental in developing the multi-million selling sound and style of Lavigne, and won a U.K. Ivor Novello Award for International Song of the Year and a Grammy nomination for Song of the Year for the hit “Sk8tr Boi.” But as much as the team seems to have a lock on what makes a song a hit, Christy admits that “there’s no formula. It’s just something that happens when you are writing a song and you get this good feeling about it.”

Spock also points out that “there’s no set formula on the way we write songs. All three of us bring ideas to the table and decide what’s best. The secret to our success, if anything, is that we are all so different and bring so many things to the table.”

Christy and Edwards hail from England. She had a solo recording career on Mercury Records, but says it “was really to get my songs heard.” Edwards, who is her husband, had played bass for Go West and Adam & The Ants. Spock is from the St. Louis area and studied jazz in college before moving to Los Angeles and meeting up with Edwards in the band DollsHead.

Their name was suggested by Spock not from the hit movie by the same title but to represent a central place where their talents converged and united with the artists with whom they work. “We want to bring people into the studio and motivate them and help them develop what they do,” he explains.

Hits like “The Remedy” (Jason Mraz), “So Yesterday” (Hilary Duff) and “Don’t Bother” (Shakira) as well as “Extraordinary” and “Why Can’t I” for Liz Phair and Lavigne’s “Complicated” and “I’m With You” for Lavigne attest to the gifts that won The Matrix 2004 BMI Songwriter of the Year honors. The trio also produced Korn’s multi-million selling album See You on the Other Side.

The collaboration among the three “is like playing tennis with someone on the other side of the net who’s really good,” likens Christy.

“When the three of us come together, because we are all so different, we don’t really butt heads,” notes Spock. “We all respect one another, and once we reach that middle ground on something we are working on together, we know we are onto something good. It’s like a family thing when we are in a room together.”

The Matrix has also emerged as artists in their own right, releasing their first album in 2008. And as Christy notes, the joy they find in the collaborative process means the three are just getting started after an already notable decade together.

“The great thing is,” she happily reflects, “we still love what we do.”