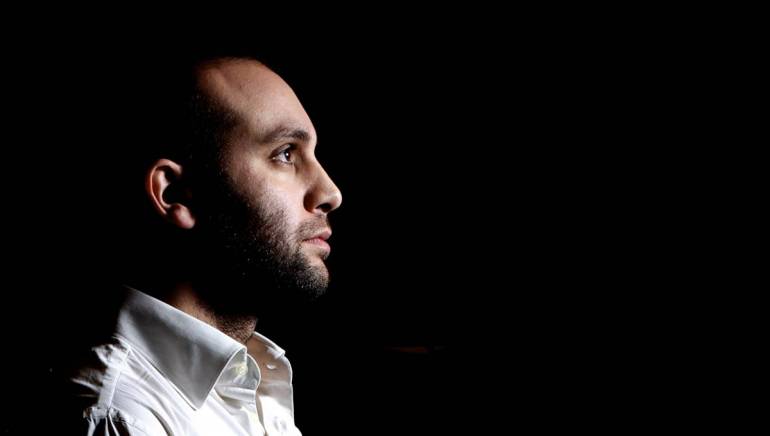 The reviews alone about Ilan Eshkeri’s music in Still Alice, a new heartbreaking drama starring Julianne Moore, make a compelling argument to see the movie. Critic comments such as, “Eshkeri wisely keeps the music from manipulating the emotions on screen (sometimes removing the music all together), allowing the characters to deal with their situation in a way that is raw and honest,” draw you into the scene before you’ve even gotten to the theater. But this is not the first time the British composer has received such accolades. Early in his career, his work on the cult British gangster film Layer Cake earned him one of his three nominations for World Soundtrack Awards. His score to Stardust won the International Film Music Critics Association award for Best Original Score, while his soundtrack to The Young Victoria topped the classical music charts for several weeks and received a nomination at the Ivor Novello awards. If all that doesn’t spell out “intriguing,” his collaborations with bands like Coldplay and solo artists including Annie Lennox for her concert with the BBC Symphony Orchestra certainly spark interest, as does his writing of “Only You” for Sinead O’Connor and his commission to write for the world renowned pianist Lang Lang. But what do you expect from someone who grew up playing the violin and guitar, who joined a rock band and studied Music and English Literature and who learned to compose for film by working closely with Michael Kamen, Edward Shearmur and Steve McLaughlin?

Eshkeri’s latest project centers on the moving story of a linguistics professor (Moore) who receives a diagnosis of early-onset Alzheimer’s. Family bonds are tested, while she struggles to stay connected to who she once was, in turns tragic and inspiring. In Still Alice, as with all his affecting scores, Eshkeri pulls out all the stops to get us to listen intently. BMI caught up with him, in between takes, to find out what makes his timing so perfect.

You’ve had an extremely diverse career. Tell us about your creative process and how you approach such varied projects.
The variations in the projects is inspiring and the starting point is always different because of cultural references, location or time period, different musical traditions and instruments, while more practical factors like the size of the budget can also inspire creativity. I find that by changing the parameters of my creative process I can continually find new ideas.

What was it about Still Alice that made you want to take on such a difficult topic to score?
Alzheimer’s has been a part of my life. Two friends of mine lost their fathers to Alzheimer’s within a few months of each other, so as a result I worked on projects with them which came from their experiences: Mat Whitecross’ feature film Ashes and Tim Wheeler’s solo album Lost Domain. I also collaborated on the UK charity Alzheimer’s Society’s Dementia Friends campaign, which is a charity I’m very proud to support. So it’s a subject close to my heart, and creatively, one I’ve been grappling with for a while. Still Alice also has an incredible cast and I was excited to have the opportunity to work with Julianne Moore, Alec Baldwin and Kristen Stewart. Finally, when I met the film’s directors Wash and Richard, their warmth and enthusiasm was compelling. I poured my heart into the project and working with these wonderful people has enriched my life. I don’t think you can ask for more than that as an artist.

Peter Debruge of Variety wrote, “[The] score from British composer Ilan Eshkeri doesn’t tell you how to feel, but rather how [Alice] feels: lost, emotional and anxious most of the time.” How did you put yourself in the frame of mind to convey feelings of such intensity?
There’s both an emotional and intellectual starting point to composing the score. I’m hesitant to dwell on the intellectual, because ultimately if the music connects emotionally, that’s all that matters. Having said that, I like the idea that there is no art without resistance from the medium, so I always try to create boundaries or concepts from which to begin. I discussed using piano with the directors as it’s an instrument of the home and I felt it helped to express Alice’s family life. We also talked about using a string quartet and recording it in a way that would feel intimate and allow the audience to completely focus on the individual performances. Ultimately, I decided to use a string trio because it’s a difficult ensemble to write for. Writing in three parts, each musician has to be playing a different note from the others to make a complete chord, and the challenge of always having to find the perfect combination or sometimes having to miss a note - at least on an intellectual musical level - for me reflected the challenge of coping with the disease. Emotionally, I find it harder to explain; I suppose I have an aesthetic sense of when a group of notes become more than the sum of their parts and express the emotion I’m hoping to achieve. The only way to get there is to take on the emotion and try to feel it as best as your imagination will allow. I imagine everyone does it that way, but it was challenging on Still Alice because each emotion is extremely complex.

How does your work in Still Alice compare to the first film you scored?
I’m interested in different things now. Then I was just trying to get through the job, but now I’m more confident and with that I can focus more on the ‘art’ of it. It’s about perfecting arrangements, performances and all the nuances and details that one can get obsessed with when in the middle of a project, but that ultimately make the best work.

If you had to name one instrument that says it all for you, which one would it be and why?
I’ve been playing my violin again recently. I’m not sure if the violin really says it all for me, but right now it fascinates me. It’s amazing to see how the muscle memory stays with you and I can’t help but marvel at how these instruments have been used almost every day of their lives - some are several hundred years old and still in perfect working order so they must be among the most used and longest lasting mechanisms ever created.

What’s next for you in 2015?
Early next year I have Aardman’s feature length animation Shaun the Sheep The Movie releasing in the UK and Jared and Jarusha Hess’ new comedy Don Verdean opening at Sundance.