Posted in News on November 10, 2015 by Malcolm Venable 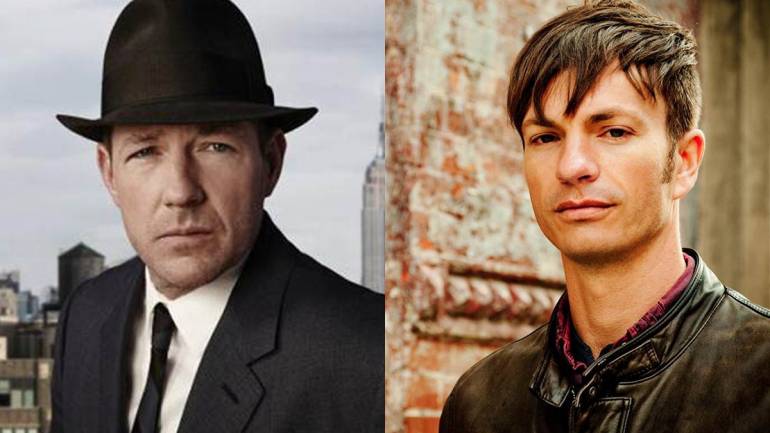 Edward Burns’ Public Morals, a gritty TNT cop drama set in 1960s New York City, transports viewers back into the era when the city’s Public Morals Division aimed to stamp out vice in the city. Inspired by stories Burns’ father and uncle told him about their experiences as NYC cops, Public Morals took some 18 years to get off the ground. Once TNT gave him the greenlight and creative control, Burns was naturally ready to jump into action, and he knew exactly the right guy to provide the score: his frequent collaborator P.T. Walkley.

It’s no wonder Burns and Walkley are pals and partners: both are New Yorkers who like to spread their talents far and wide. Walkley is in two bands, has an oeuvre of albums and EPs; he’s scored and written songs for TV (Nickelodeon’s Team Umizoomi), several films (including Burns’ 2007 movie Purple Violets) and composed music for big campaigns by megabrands such as Starbucks, Macy’s and Mercedes-Benz. The Burns and Walkley partnership began in 2003, when Burns started taking guitar lessons with Walkley. By 2004, Walkley scored Burns’ film Looking for Kitty, and when Walkley formed his rock band, The Blue Jackets, Burns signed on. With Public Morals, the pair looked to step back in time.

BMI caught up with the prolific partners to ask them how they went about recreating the soundtrack of the city in a bygone era, and complementing a narrative built around cops, gangsters and all the moral ambiguity in between.

Both of you are native New Yorkers, so you’re well-versed in the unique sounds of the city. In what ways does the “soundtrack” of New York City factor into your creative process? How did it factor into Public Morals?

EB - Any time I’m writing and I experience myself getting stuck, I find the best thing to do is to go for a walk around the city. Eventually, I’ll see something or overhear a conversation or witness an incident that will immediately get my creative juices flowing.

PT - Some days, the cacophony of the city can be exhausting. Other days, the rhythm of a construction site, screeching subway brakes, or the way two taxi horns rub together can inspire an idea. If you’re in the right mindset, any sound can be construed as musical.

Ed, while Public Morals relies on your talents as a writer and actor, you’re also a musician. Is scoring more a collaborative process or do you give PT total free reign?

For the most part, I give PT free reign. That said, we’ve been collaborating for so long, that I give him the scripts long before we start shooting, so that he can get a sense of the mood and the tone of the episode.

You’ve worked with each other for some time, which suggests you have a great working relationship. What are the elements of your partnership that make your relationship work?

EB - We’re lucky because we have very similar tastes in music, film and television. That’s probably why we became such good friends so quickly. Very rarely are we on different pages as to what style or mood should accompany a scene. That said, when we do have a difference of opinion, we’ve always been very open to each other’s ideas.

PT, you weren’t alive at the time depicted in the show. How did you go about creating the music for the show set in another era?

It’s such an important era, musically, and otherwise. For most musicians, myself included, it is a sound that is permanently woven into my fabric. I grew up obsessed with the same old blues guys (Muddy Waters, Howlin’ Wolf, Mississippi John Hurt, Lightnin Hopkins, etc) that influenced early rock n roll, before graduating to all the usual suspects (Beatles, Stones, Kinks, Beach Boys, etc). It’s such a wonderfully diverse era for music too. Aside from the folk and rock movements, there’s still all the great big band, doo-wop, country, and of course R&B. Different moments in Public Morals call for all of these different styles, another reason I love the project so much. We also have lots of great songs from the era in the show. Some big hits and lesser known gems. Music Supervisor Tracy McKnight did an incredible job. It was exciting to hear my score intermingled with the classics.

Ed, how does music factor into your writing and/or directing a scene?

None, really. It almost never factors in when I’m directing. I used to listen to music a lot when I was writing, and a few years ago, I stopped. There’s lots of juicy emotional texture in the show, and the characters’ stories.

Can you share a favorite moment and how the music helped viewers connect with it?

PT can write in so many different styles, and there are a number of moments that come to mind. But my favorite piece of music that PT wrote is hands down the epic cue that he created for the end of episode 8. Two of the show’s leading villains, Rusty and Kane, are out to kill each other. In the final scene of the show, they square off in a shootout in a dingy motel. The cue is fueled by frenetic drumming and percussion, jagged guitars, and just the right amount of discord (I believe he layered in a sound of a whale singing), and it captures the psychotic state of both characters, and the scene they find themselves in.

PT, when scoring, are there characters or moments (say, good guy vs villain or happy vs sad) that are easier or more challenging to score than others? Why or why not?

The trickiest part is establishing a definitive theme or tone for each character, or each different type of moment. That can take some time. This is not a broody procedural show. It’s a good time, and the music should reflect that. That said, it is also a very gritty era in New York City, and the show has a good deal of intense moments: Foot chases. Shootouts. Murder. When we were in the pilot phase, I looked back and listened back to classic cop movie scores. I recorded a few demos in that old style, and though they were fun on their own, when we tried them against picture, they just didn’t feel right. Too on the-nose, a bit kitschy. So I wound up taking a multi-pronged approach. Swaggery, 60s-drenched rock riffs for transitional scenes, original songs (ie the theme song “Shot In The Dark” and “Bye Bye Bye” from episode 106), and then what we called “murder music”. More atmospheric, more opportunity to experiment. Often still guitar-based, but full of tension and murder.

You’ve both been in the film and music businesses before technology democratized music and film making, and before social media. How has new technology and social media impacted your process?

PT - As far as recording goes, new technology continues to make the process easier and easier, and create more and more options within those recordings. This does mean a LOT more people are making records. Now more than ever, there are incredible songs and records out there that will just never be heard due to the sheer volume.

EB - Social media has proven to be such a powerful tool. From Indie films to the higher profile projects like Public Morals, we really count on our followers to help get the buzz going.

What’s next for the score as the series progresses?

PT - One exciting thing about Public Morals is the fact that it can take you to Harlem, Little Italy, Lower East Side, The Bowery, Chinatown and Park Avenue all in the same episode, and each neighborhood could have its own musical identity. So I look forward to where we go each week.

Is there hope that the show’s music would inspire albums, like Glee or Empire?

PT- I would love that.

What do you consider to be the best scores of all time? Why?

PT - I had so much fun revisiting the classic cop movie scores I mentioned earlier- French Connection, Mean Streets, Taking of Pelham 1-2-3. They capture their worlds and completely enhance each moment without stealing too much attention. The groove and the gut-wrenching dissonance David Shire gives us in Pelham is off-the charts. I feel the same way about what Wendy Carlos and Rachel Elkind did for The Shining, what Jonny Greenwood did for There Will Be Blood, the theme from The Natural still gives me goosebumps, I always love the music in Wes Anderson’s films whether Mothersbaugh or Desplat, who’s right up there with Thomas Newman on my favorites list. I always love the music in Woody Allen’s films, Scorcese’s too. But, at the end of the day, nothing comes close to John Williams’ brilliant body of work. As much as I may attempt to study any given piece of his, I inevitably just throw up my hands. It’s difficult to wrap my head around his level of giftedness. Genius.