Posted in MusicWorld on February 26, 2014 by Diana Buendia 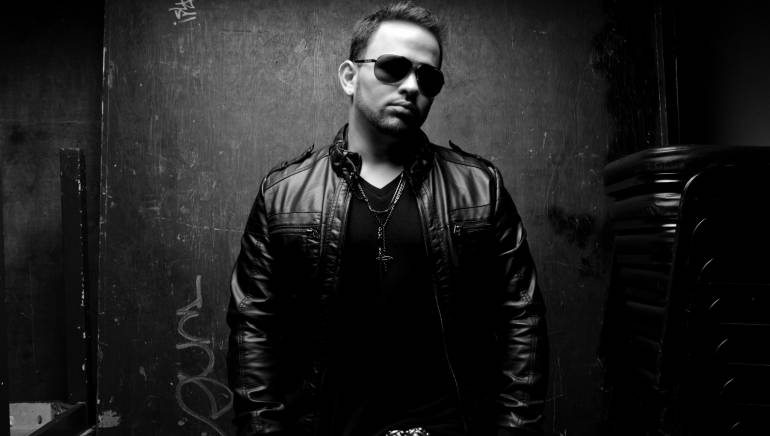 From biology student to handing out flyers to becoming one of the most sought after producers and songwriters in urban Latin music, José Ángel Torres Castro, popularly known as Gocho, knows better than anyone that his career as a musician has been taking shape for over a decade.

“Really, I majored in biology because I was a good student and I wanted to impress my parents,” Gocho confesses. “And I stayed in school for almost three years. But I did not feel full. I felt I was doing something to please others but not to please myself.”

Gocho didn’t have to go very far to find role models for his musical career – he simply looked to his family in his native Puerto Rico for inspiration. His grandfather is the creator and owner of the quartet Hispanos de Puerto Rico and Rafi Torres, his father, is a trombonist who has played with salsa legends like Tito Nieves. “That’s one of the greatest blessings I’ve had in my career,” Gocho says of his musical upbringing. From the moment he decided to pursue his interest in music, it was his family he turned to for advice and feedback, always with the same desire of making them proud of what he is producing as an artist.

In 2003, he had his first success as a producer with Don Omar’s “Dale Don Dale,” building up his reputation in the reggaeton movement that went on to dominate commercial radio stations, not only in Puerto Rico but around the world. He consistently followed up Don Omar’s hit with others, working in Puerto Rico with childhood friends Angel y Khriz on tracks such as “Ven Bailalo” and also international pop stars like Shakira, collaborating on the production of “La Tortura,” for which she received several Latin GRAMMYs. Over the years, Gocho explains, the sound of reggaeton has changed, melding with merengue, salsa and even international genres like Mexican corridos. This blending has allowed Gocho to feel more comfortable as a solo artist.

Lápiz de Platino (Platinum Pencil), the name of his new solo album and also his nickname, goes on sale in April. It features eight songs that Gocho truly believes demonstrate his evolution as an artist. He has shed his shyness and learned to feel comfortable in front of the microphone. “The teachers who taught me to write - even if they don’t know it - are Ricardo Arjona and Juan Luis Guerra,” reveals Gocho. “These are the records I was always listening to growing up and I realized that they write in a very different and very special way.”

In Lápiz de Platino, Gocho collaborates with Victor Manuelle, a leading romantic salsa artist in Puerto Rico, on one track, with Gilberto Santa Rosa, known as the “gentleman of salsa,” on another, and on his first single, “Desde el Primer Beso,” (From the First Kiss) with Wisin (of reggaeton duo Wisin and Yandel). The tracks are all love songs. “It’s a carefully made album with the style that characterizes me,” explains Gocho. “I try not to use profanity or strong language. I try to make songs that children, teenagers and adults can listen to. This album is one of the most interesting things I’ve done in my career as an artist.”

Gocho has been a BMI songwriter since 2003 and he says he is grateful to have had a team to help keep such a varied catalog in order. “They have become a team that is constantly looking for new opportunities for me and helps me continue to grow every day as a composer,” Gocho says. “Because I learned over time that a composer is like an athlete: he has to keep training and has to keep writing.”