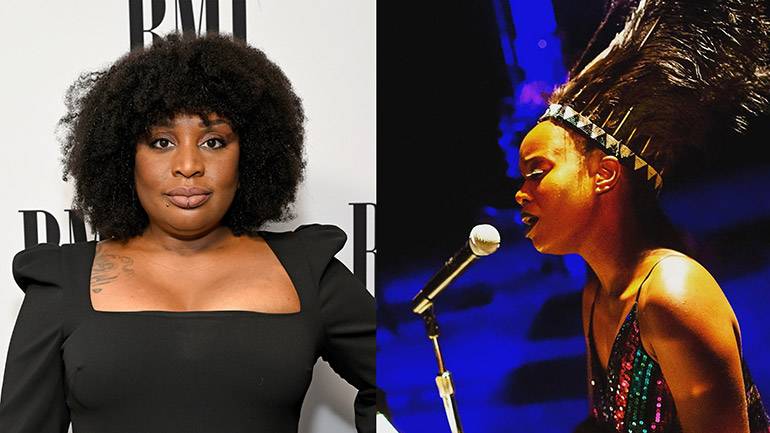 This week, two BMI affiliates are participating in a special collaboration with Beth Morrison Projects and Harlem Stage. Tamar-kali, an accomplished, Brooklyn-born film composer who also writes, plays and sings in both her own hard-edged alternative rock band and as part of an experimental string-&-vocal ensemble, and Tanyaradzwa Tawengwa, a versatile Zimbabwean scholar, composer, and singer, are performing their own works as part of Song Cycles, a program designed to highlight a diversity of musical languages as practiced by women and non-binary composers. We caught up with these dynamic, multi-hyphenate music creators on the eve of their performances to find out more.

BMI: How did this concert come about?

Tamar-kali: We were each commissioned by Beth Morrison Projects to compose a song cycle that would debut in a live performance.

Tanyaradzwa: I admire the company’s work so I felt this would be a great professional collaboration to embark on.

BMI: Tamar-kali, your work ranges from the raw power and emotional catharsis of your rock music to the experimental work with Psychochamber Ensemble, to your symphonic compositions and film scores. As a busy and prolific composer, how do you manage to reconcile these extremes? Do they balance each other out, or do you find yourself compelled towards one versus the others?

Tamar-kali: My work is a continuum that channels the range of my influences.  I’m compelled to create first and foremost. I think being a primarily self-taught, independent artist who developed my practice starting at home and then in studios and stages is the key. My artistry is a natural progression borne out of my personal experiences. Music is music. As a listener and practitioner, I enjoy a range of sounds and expressions and my work reflects that.

BMI: Tanyaradzwa, your music is steeped in the culture and traditions of your Zimbabwean heritage. Tell us about this. What associations does this music conjure for you? What do you hope your listeners take away from the experience?

Tanyaradzwa: ChiVanhu (Indigenous Madzimbabwe aesthetics, knowledge systems and ways of being) is a part of my identity. I use our Indigenous modes of music-making as the springboard for my creative practice. This music is me, it is home, is my lineage, it is my voice.

Regarding what I hope listeners will take away, I hope that witnessing me move through my story with radical honesty will encourage them to embark on similar journeys for themselves.

BMI: For this event at the Harlem Stage, what can attendees expect from your song cycle performances?

Tamar-kali: I don’t even know what to expect! This work is completely brand new, and it’s been three years since I’ve performed on any stage—a passionate and heartfelt performance!

My hope is that that work inspires and provokes thoughts and emotions that are expansive and perhaps spark a journey to some new discovery.

We believe that Marimuka is an existential place that manifests in each person’s life. It is a hallowed, mysterious, vast expanse whose depths hold both unspeakable terrors and divine miracles. Every human spirit must travel through Marimuka in order to arrive at a deeper understanding of self, but the journey should only be embarked on when the spirit is ready to do so. The journey is arduous, and the solitary traveler is stretched well beyond the limits of their comfort, and often, their life.

This song cycle is dedicated to the millions of Zimbabweans who have left our motherland to work in the global Diaspora to care for their families back at home while living as economic and spiritual exiles in Marimuka. Living in Marimuka is a sacrifice of Love because Marimuka is intended to be a place of transition, not of stay.

BMI: Can you tell us about the texts you used in your song cycle? How or why you chose them, and what they mean for you?

Tamar-kali: In researching text in the public domain, I was struck by the dark beauty of these poems by Lola Ridge, Gwendolyn Bennet and Jessie Redmon Fauset. I was invigorated and inspired to resurrect their work for those like myself who were unfamiliar.

This has been a practice I’ve engaged in for as long as I can remember; tracing my existence down from my foremothers, seeking out as many free-wheeling, rabble-rousing, trailblazing women whose silhouettes stood out in contrast to the gender roles and expectations of their day.

The African American tradition of alternative kinship structures define a space in the understanding of family that is not blood, but spirit based. In that regard, I’ve sought out my “Other Mother”’; women who have birthed movements and inspired new generations.

Tanyaradzwa: The text of Marimuka is my own, and tells the story of my personal journey to Marimuka – my ongoing rite of passage into womanhood which began when I emigrated to the United States fourteen years ago. In my journey, I have dealt with the excitement of new adventure, loneliness, longing, and the weight of institutional dehumanization (i.e. years of being called a “Resident Alien”). I have learned how to fight, use my voice and deploy my gifts to humanize myself on my own terms for the sake of my survival, empowerment, and joy.

BMI: What’s next for you both?

Tamar-kali: A limited release ten-inch recording of this song cycle, Melancholy Ghosts and Other Mothers, a digital opera short project with NYC-based Catapult Opera, and a three-act musical theater piece helmed by Bill T. Jones that will be part of the Perelman Arts Center’s inaugural season.

Tanyaradzwa: A commission for Carnegie Hall’s Link Up Orchestra program.

BMI: What role has BMI played in each your musical journeys thus far?

Tamar-kali: Through BMI I have come to understand the benefit of having a team in your corner to support your interests and endeavors as a songwriter and composer. It’s been great getting to know the team from Classical to Film/TV and Pop and Rock and engage with them on my various projects.

Tanyaradzwa: As a member of BMI, it is good to know that my work and music rights are protected.