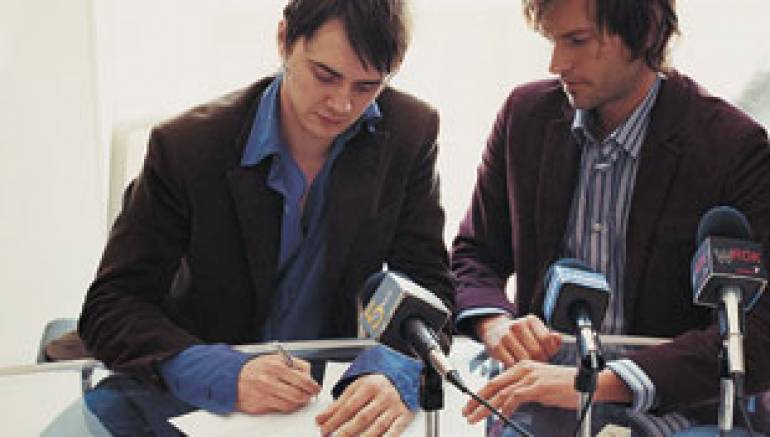 One of the most important issues for songwriters - both new and established - is the accurate accounting and prompt payment of royalties generated from the use of their works. And while there are hundreds of pitfalls in this area, one which songwriters should be very aware of is the work-for-hire.

A work-for-hire (or “work made for hire”) agreement essentially states that a person or company who commissions a work from an author retains actual ownership and is, in fact, considered the legal author of the work. The actual creator of the work may or may not be publicly credited for the work, and has no rights to payment beyond what was promised in the initial work-for-hire agreement.

Such an arrangement may sound unethical at best and illegal at worst, but the fact remains that under U.S. Copyright Law (and copyright laws in many other nations), such practices are allowed, provided that the terms are spelled out in a written agreement, either for a regular employee of a company or for someone hired especially for a specific work-for-hire project.

“Under those terms, whoever commissioned the work is the copyright owner from the get-go,” says Gary F. Roth, Assistant Vice President, Legal & Business Affairs at BMI and a Songwriter101.com faculty member. “Normally, when you’re working on a work-for-hire basis, you give up your publishing rights.”

The situation is likened by experts to that experienced at computer programming giants, pointing to Microsoft or IBM, where many programmers may have worked to develop a particular program or operating system, but Microsoft or IBM maintain property rights. Similarly, newspapers and magazines, while routinely crediting the authors of articles, retain the ownership of the article itself.

In the songwriting world, normally a work-for-hire situation will arise when a composer is creating music for other media, particularly with television commercials. A company that’s hired someone to create a jingle for their product will, for obvious reasons, mandate that the resulting composition remains the company’s property for future applications.

A work-for-hire situation may also arise for a musician who’s brought in to help an act record a song; in that case, the musician is paid on a work-for-hire basis a onetime fee and is not entitled to future earnings from royalties generated by the recording. Should the outside musician be an integral part of the songwriting, not just through jamming but via contributing identifiable hooks, lyrics, and so on, he should try to secure co-writing credit at the earliest possible stage. If the act he’s working with doesn’t agree, he would probably be wise to divorce himself from further work.

Roth emphasizes that there are also what he calls “quasi-work-for-hire agreements” floating around, which may appear to be work-for-hire contracts but are not. As with most everything, having one’s own attorney at hand can be vitally important.

Obviously work-for-hire can be a grey area. Some songwriters, unsure of what they’ve signed, maintain that their publishers owe them money for their work, and need to be hounded constantly for payment.

“There are all kinds of publishers, from the majors to family-owned and even individually-owned companies,” Roth explains. “The vast majority are conscientious about taking on the responsibilities that go with the territory. But a number of people at these smaller companies are not business people at heart.”

The general lesson? Make sure you understand everything contained in a document - and who you’re dealing with - before you sign it.