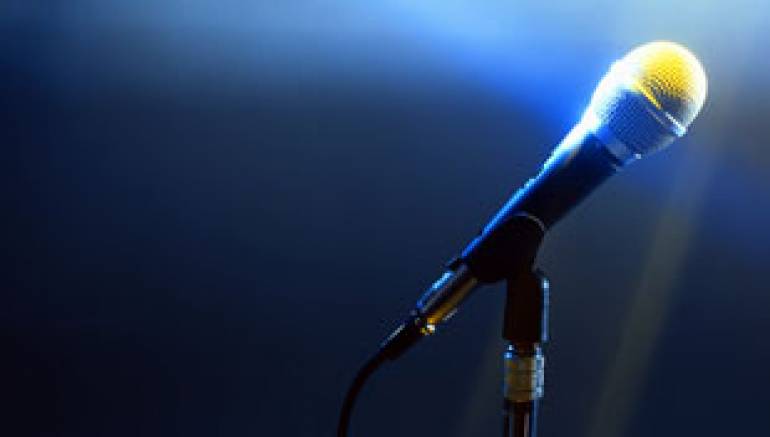 The fastest way to demonstrate your mastery of melody to the world at large is to understand the basics of vocal recording and mixing. In short, no songwriter should ever allow a good song to be undermined by a vocal that’s buried, badly recorded, badly performed or over-processed.

Which is not to say that a good song can’t make it on its own merits, of course. But particularly if the recipient of your demo is a finicky publisher, a snooty club manager or any other person (who probably doesn’t deserve to be) in a position of power, why not make the best presentation possible? If you’ve got a great song up your sleeve - and it isn’t an instrumental - read on.

Mic models. Needless to say, you’ll want to start with a good, sturdy vocal microphone. As one might expect, the more you pay for the mic, the better the quality of the sound. If your ship hasn’t yet come in, you can always settle for the all-purpose Shure SM-58 (or 57), or, for a few bucks more, the slightly spiffier Shure Beta 87A vocal mic. Though it’s pricer, the old-reliable EV RE-20 sounds great, can be used on a variety of instruments, and is built like a tank.

For the characteristic warmth that is the hallmark of most classic vocal recordings, nothing beats a large-diaphragm condenser mic. Unfortunately, most of us don’t have the wherewithal to shell out three grand for a vintage Neumann U-87. In that case, consider something in the order of a RODE NT-2, an Aussie-made U-87 knock-off that offers full-bodied sound, a three-position level switch, plus the option of recording straight on (cardioid) or omni (perfect for recording multiple vocals on a single mic).

Getting comfortable. Producer Niko Bolas recalled his sessions with Billy Joel during the making of Joel’s River of Dreams album. “When Billy started the record, he was singing into a big U-67, the typical studio vocal mic, and he was a little stiff at first,” notes Bolas. “Here’s a guy who’s used to sitting down in front of a piano and just singing from his gut. So I had this idea - I went out and put up a little SM-57 and said to him, “Billy, don’t worry about it, we’ll come back.” And he just sat down at the piano - and suddenly he just belted! You see, if he sings into one of those, he sings his heart out. You put back that big huge 67 with a pop screen, and suddenly he’s thinking, “Oh, this is the take.” I mean, if it feels good, does it really matter?”

Using effects. When singing, the natural tendency is to accentuate certain passages, and often that exuberance translates into extra volume. However, running the vocal signal through a compressor-limiter during the recording will help keep the level uniform. As an effect, increasing the amount of compression adds “bite,” particularly effective when an edgier, rock-based sound is desired.

The ‘90s reversed the long-held belief that all vocals should have some degree of added echo. If you’re bent on using a reverb, go ahead, but go easy - too much effect and your vocal will sound lost and muddy. One good way to avoid a hyper-wet vocal sound is to increase the amount of pre-delay on your reverb, which will add some degree of separation between the dry vocal and the reverb effect.
Double up. To fatten up your vocal passage (and smooth out any lumps), try manually double-tracking the same part on a separate track. When mixing, you can adjust the level of the second passage to taste (Simon & Garfunkel’s doubled bits, for example, were often just a fraction of the original’s). Add just a touch of reverb to the combined tracks for a bit of luster.

Do it together: If your song requires a harmony part, don’t automatically reach for a second microphone-many engineers swear by the natural blend and attack that occurs when two vocalists sing live into a single mic. When doing so, be sure to “self-balance” during the recording so as not to overpower your partner.

Mixing: Keep the vocals warm and prominent in the mix; consider adding a dollop of mid-range to taste. Do several different mixes; for accuracy, sample the work on low-fidelity reference monitors such as Auratones (otherwise known as “Horror-Tones); even boom-box or car-stereo speakers will do. As a final treatment, try processing the entire mix with an additional coat of compression - but easy does it.