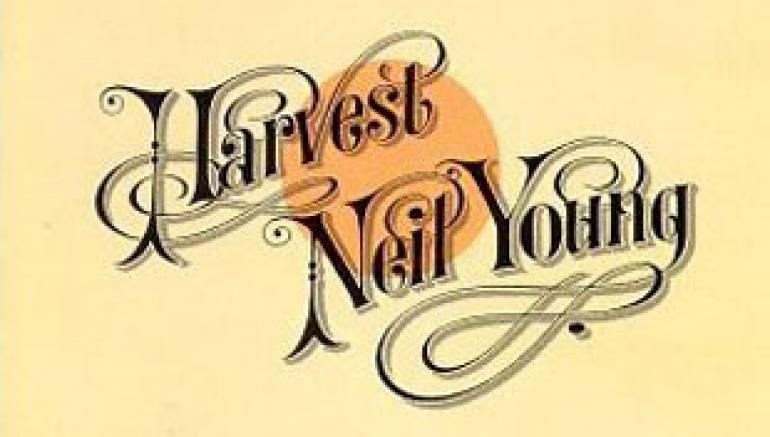 Back in 2001, producer Elliot Mazer sat in the control room at Neil Young’s Redwood Digital recording studio in Northern California, spooling through the 30-year-old master tapes containing the tracks to Young’s 1972 opus Harvest. At the time, Mazer and Young were preparing the classic work for DVD release, which included new track information, archival video footage, as well as a fresh DVD-A surround mix.  "Listening to the tapes, I’m still struck by the overwhelming talent coming out of this guy — it’s just phenomenal," remarked Mazer during one of those re-mix sessions. “On the other hand, it sounded fantastic that first night in Nashville.”

It’s been over 35 years since Canadian export Young led the singer/songwriter revolution of the early 1970s as a member of Crosby, Stills, Nash & Young and then quickly became a star in his own right, playing sold-out shows with only acoustic guitar and upright piano for accompaniment. By the start of 1971 — the year CF Martin hammered out more D-28 acoustic guitars than at any other time in their history — thousands of flannel-clad youths were hard at work emulating Young’s choppy rhythms and learning four-chord wonders like "Down By the River," "Helpless" and “Only Love Can Break Your Heart.”

By that time, Young had already fashioned a brand new batch of tunes, each centered around the distinctive and influential hammer-on rhythm style that would soon become his trademark. The predominantly unplugged nature of Young’s output wasn’t entirely a conscious stylistic decision: A debilitating back condition, which would later require surgery, prevented Young from lugging around his beefy Les Paul electric. He was still traveling light when he arrived in Nashville on the weekend of February 6, 1971, to tape a segment of the popular Johnny Cash Show along with fellow rising stars James Taylor and Linda Ronstadt.

Young was already contemplating recording a follow-up to his commercial breakthrough After the Gold Rush when he received an invitation to dine with Mazer, an independent New York producer whose credits included Ronstadt’s Silk Purse and Big Brother and the Holding Company’s Cheap Thrills. Months earlier, Mazer, along with session regulars Norbert Putnam and David Briggs, had launched Quadrafonic Sound Studios, a converted two-story, Victorian-era home located just off Nashville’s Music Row. A cozy retreat that utilized a sprawling living room for recording activity, Quad had already played host to artists like Joan Baez, whose rendition of "The Night They Drove Old Dixie Down" would reach the Top 5 later that year.

It was the work of a lesser-known, all-instrumental group, Area Code 615, featuring Putnam, Briggs, the late drummer Kenny Buttrey and assorted other session hands, that piqued Young’s interest. "After dinner Neil said, ‘Hey, aren’t you the guys who have that Area Code 615 band? That was great!,’" recalls Mazer. "Right there he asked if he could come down to Quad and do some work. All he needed was a small group of players, just bass, drums, and steel."

Mazer made a few quick calls, but Putnam was out for the weekend and steel man Weldon Myrick was working the Grand Ole Opry (as he did each Saturday night). With drummer Buttrey acting as the sole 615 representative, Mazer tracked down pedal steel player Ben Keith, and asked songwriter Troy Seals to play bass. "We eventually found bassist Tim Drummond walking down the street," recalls Mazer, "but Troy ended up on the first song we cut, ‘Dance Dance Dance,’  which wasn’t ever released."

Having built his own studio from scratch the year before, Young immediately took to the down-home atmosphere at Quad. With his makeshift backing band (later dubbed the Stray Gators), Young began work on what would become Harvest, cutting master takes of "Heart of Gold," "Old Man," and several other songs over the next 24 hours. "He’d just play us each song," says Mazer,  "and we’d discuss the arrangements. Then we went right to work. It felt great in that room right away; we were all totally impressed with Neil and the songs he’d brought in."

Ever since "Ohio," Young’s inspired protest anthem recorded live in the studio by CSN&Y the previous spring, Young had all but abandoned overdubs and reduced basic tracks to a bare minimum of instrumentation. Like its predecessor After the Gold Rush, Harvest became the blueprint for future Young recordings, with all tracks, including lead vocals, recorded live in two or three takes, using plate echo or tape delay during the recording process.

"Everyone was within about five feet of each other," recalls Mazer. "There’s some leakage on account of that, but that’s what gave the record such a nice feel. Neil sat on a chair in the doorway between the living room and dining room, because that spot around the doorway had such a nice sound. Tim and Ben were to his right, with Kenny on the other side so he could watch Neil’s right arm and get a feel for the backbeat on those songs."

Buttrey didn’t have to watch for long, as nearly half of the new songs were written around the same thump-thump-whack rhythm groove, which allowed little room for embellishment. "For the verses of ‘Old Man,’ Neil just wanted a bass drum and snare — that’s all," recalled Buttrey in a 2001 interview.  "Believe it or not, that was tough! I compensated by playing eighth notes on my leg, instead of the hi-hat. But that’s the way he heard it; he wanted [the rhythm] to be felt on the guitar. He dictated everything: bass, drums, all the parts. We improvised a bit on the verses, and I even managed to throw in a little hi-hat here and there, but that was about it. Later, when we were doing ‘Alabama,’ I tried to hit a tom-tom, and Neil stopped the whole thing and really came down on me. I did sneak one in right near the end of the song. I remember thinking, ‘It’s a little too late for him to pull this one out!’"

Others dropped by Quad as the sessions progressed, including Nashville pianist Andy McMahon, who provided instrumental color on "Old Man," and the late John Harris, whose keyboards laid the foundation for the country-flavored title track. Playing off Neil’s chunky "Heart of Gold" rhythm, session guitarist Teddy Irwin contributed a lovely left-channel acoustic track, adding a touch of harmonics at the opening and cascading fills throughout.

On Sunday evening, Young joined Ronstadt and Taylor for the Cash show taping at the Ryman Auditorium, then spirited his new pals back to the studio and immediately put them to work. Taylor picked up Young’s Ozark guitar-banjo and added a melodic embellishment over the chorus of "Old Man," then repaired to the control room for an additional overdub. "We’d finished ‘Heart of Gold’ and had agreed on the master take," says Mazer.  "Neil, Linda, and James came into the control room, sat down on the couch, we put up the mics, and rolled the playback right through the big speakers we had in there. That’s how they cut those background vocals. Normally you’d put on the headphones and get in a separate room and do it that way. But this worked out great and kept the live feel intact."

With half an album in the can, Young and the Gators reconvened at the guitarist’s newly acquired ranch in northern California, using a large rustic barn —  complete with bales of hay — as a makeshift recording space (with Wally Heider’s remote unit serving as the base of operations). Once again, Buttrey, Drummond, and Keith set up in a tight semicircle around Young, now using his ’50s stereo Gretsch White Falcon electric, with Jack Nitzsche, Young’s producer pal from his Buffalo Springfield days, supplying rudimentary piano parts. As he’d done on his previous two albums, Young contrasted his acoustic repertoire with a set of rockers, recording "Alabama," "Words," and "Are You Ready for the Country?" with the same ambient approach as the Quad sessions. "Again, it was all done in the room there, with everything leaking together," says Buttrey. "And it was pretty good leakage, too; Elliot did a really good job of deciding whether it was good leakage or bad leakage."

Much of that "good leakage" — clearly at work on the wide-open "Alabama" — was the result of a technique Mazer had perfected while recording Janis Joplin several years earlier. "With Big Brother, [Columbia engineer] Fred Catero and I wheeled a big PA right into the studio, using these Altec A-7 Voice of the Theater speakers as playback monitors," says Mazer.  "So when we went back out to California, I did the same thing: set up an Altec PA and filled up the room with sound."

Young completed Harvest with a final trip to Nashville, recording "Out on the Weekend" and the album’s title track over a few days. (A pair of Nitzsche productions,  "There’s a World" and "A Man Needs a Maid," recorded with the London Symphony Orchestra, were added later, as was a live-from-UCLA "The Needle and the Damage Done.") Additional flourishes included an electric-lead fix on "Alabama" as well as vocal overdubs by Crosby, Stills, and Nash, recorded by Mazer at New York’s A&R Studios.

"We did the mixing partially at Quad and partially at Neil’s," says Mazer.  "Neil’s studio wasn’t built yet, so we were set up in the living room of his house. He had just bought the same console we had at Quad — a Quad-8 fully discreet 24x16 — plus some JBL monitors, a couple of EMT plates, and some tape machines. While Neil was in the hospital having back surgery, I mixed the two London Symphony things and sometime later mixed the three electric tracks there as well."

Young eventually invited Crosby and Nash up to the ranch for a listen, resulting in one of the more oft-told tales in Young folklore. "The PA was still out in the barn," says Mazer, "and we had those JBL monitors in his house across the way. For a laugh, we ran the left channel into the barn and the right channel to the JBL monitors, then faced the speakers in the direction of Neil, who was sitting in a rowboat in the middle of this small pond that was located directly in front of the house. During the playback I asked Neil through the talk-back how the balance was, and he yelled back, ‘More barn!’"

Young’s back surgery and subsequent convalescence would keep the new album on hold until early the following year. But after debuting on Billboard‘salbum chart in February, Harvest would go on to become 1972’s biggest seller and Young’s greatest commercial achievement, spawning two of his three career Top 40 hits, including the chart-topping "Heart of Gold." The live tracking and quick takes held the budget to an affordable $50,000. "Warner was pretty happy,"  deadpans Mazer. "When I played them ‘Heart of Gold’ for the first time, they couldn’t believe it. It blew their minds."

Though Young would ultimately reject his newfound commercial appeal, Harvest proved to be a milestone moment in the ’70s singer-songwriter movement; decades later, its rhythmic feel could still be heard in the works of contemporary artists like Tom Petty, Matthew Sweet, Lucinda Williams and others. Young himself marked the album’s 20th anniversary with the 1992 throwback Harvest Moon, calling upon many of the same players who’d helped record the original; in 2005, Young returned to Nashville for the filming of the acclaimed Heart of Gold concert documentary, which mixed Harvest-era tracks with works from his most recent acoustic foray, Prairie Wind.