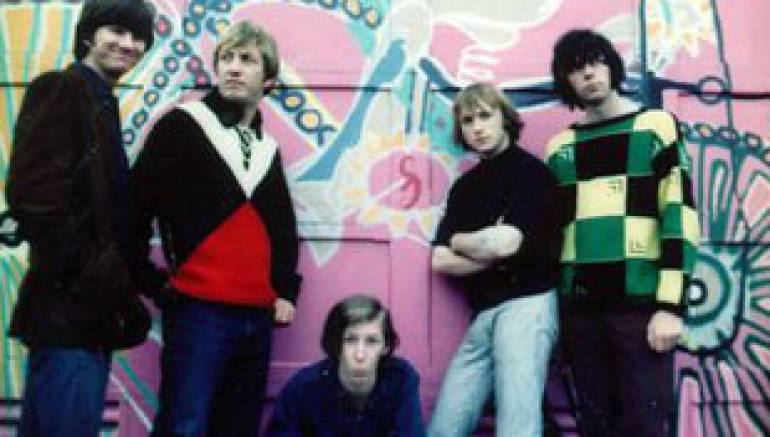 They were the progenitors of country rock, pop visionaries too musical for their own good. Though they only lasted two years, before their split in May 1968 the Buffalo Springfield - guitarists Neil Young, Stephen Stills and Richie Furay, drummer Dewey Martin and original bassist Bruce Palmer - put together some of the most eclectic and influential music to emerge from Southern California’s ‘60s rock scene. Despite a debut album hampered by weak production, in early 1967 the Springfield scored a Top 10 hit, “For What It’s Worth,” and within months head writers Stills and Young were locked in a battle for creative supremacy, determined to get it right the next time around.

The result was Buffalo Springfield Again, a collection of songs that fused hard rock, country, traditional folk, jazz, and experimental sound montage. Released that November, the group’s second effort marked a quantum leap in studio craftsmanship and remains one of the most compelling rock records of the decade.

“The problem with the first album was that the group wasn’t hearing the songs the way they should have been recorded,” notes John Einarson, author of For What It’s Worth: The Story of Buffalo Springfield. “The guitars have no sparkle or strength, the bass and drums are totally dull. By the second album the problem had been rectified by getting some excellent engineers on board.”

One of those engineers was Bruce Botnick of L.A.‘s famed Sunset Sound Studios. Botnick had just completed work on the Doors’ debut album when, on April 4, Stills, drummer Martin and fill-in bassist Bobby West entered Sunset Sound’s Studio One and began cutting tracks for a new Stills tune entitled “Ballad of the Bluebird” (later shortened to “Bluebird”). Stills insisted on keeping the song’s acoustic framework intact, and together with Botnick went about creating an acoustic-guitar sound tough enough to take on a rock rhythm section.

“I used to put compression on lots of things back then,” Botnick recalled recently. “For ‘Bluebird,’ I had Stephen go into the vocal booth with his acoustic guitar, I put up a Sony C-37A [condenser microphone], and then I ran the signal through a Universal Audio 176 limiter - the all-tube kind - which, when combined with Stills’ beautiful playing, produced an absolutely massive sound. And then I turned up the compression till it screamed for mother!”

As Stephen Stills notes, “Bluebird” would not have existed in quite the same way had it been recorded under “normal” circumstances. “It was really a matter of being too young to know or care what we were doing,” recalled the veteran guitarist before a recent Crosby, Stills & Nash performance. “That was how it went with that limiter. It was like, ‘Hey, let’s turn this up to 11 and see what happens . . . no, that’s not quite it, back it off just a bit . . . yeah, okay, okay, there it is!’ I mean, we knew how you were supposed to use the limiter - we just wanted to see what it would do under a completely different set of circumstances. Of course, you also had to have a Pultec EQ in there to really make it work right - first you squashed it, then you brought all the frequencies back out again. That’s what made it different.”

That and a sumptuous 1937 Martin Herringbone D-28, the first in a long line of classic dreadnaughts that Stills would acquire over the years. “I had just enough money from ‘For What It’s Worth’ to get that Martin - and a Ferrari,” says Stills with a grin. “‘Bluebird’ was the first song I used it on. Of course, vintage Martins didn’t cost the moon back then, either.”

Completed in a matter of weeks, Stills’s “Bluebird” was a bona fide classic - but it wouldn’t be the only one to grace the new album. On May 6, 21-year-old Neil Young entered Sunset Sound, accompanied by producer and future sidekick Jack Nitzsche, along with a rhythm section that featured bassist Carol Kaye, drummer Jim Gordon and guitarist (and current SW101 faculty advisor) Russ Titelman. Like his mentor Phil Spector, in the studio Nitzsche favored live, lush instrumentation topped with layers of echo. By the time it was completed that June, Young’s “Expecting to Fly” was a stunning three-and-a-half minute sound fantasy punctuated by subtle edits, abrupt stereo pans, and multiple keyboards that were felt rather than heard.

“We had a grand piano, an electric piano and a harpsichord,” recalls Botnick, “as well as three basses, plus three or four guitars, with Neil on his six-string Gretsch and Russ playing the 12-string acoustic rhythm on the opposite channel. With the exception of Neil’s vocal overdubs, it was all done live.”

Echo from Sunset Sound’s live chambers, hand-built by owner Tutti Camerata, enhanced the song’s dream-like quality. “Jack loved echo,” says Botnick, “and he particularly loved the echo sound I was able to create at that studio. ‘Expecting to Fly’ was just another one of those journeys into echo-land - which involved experimenting with different amounts of echo, delays, EQs, some chamber, some echo-plate. And tweaking it all until it sounded just right.”

Along with “Bluebird” and “Expecting to Fly,” Buffalo Springfield Again featured additional Stills/Young staples, from Young’s paranoid rocker “Mr. Soul” to Stills’s “Hung Upside Down” and the minor hit “Rock and Roll Woman.” “It really was a magical experience,” says Stills of his tenure with the Springfield. “I’m still amazed at how much we managed to cram into such a short period . . . and how good I sounded back when I had a 28-inch waist and nothing hurt!”