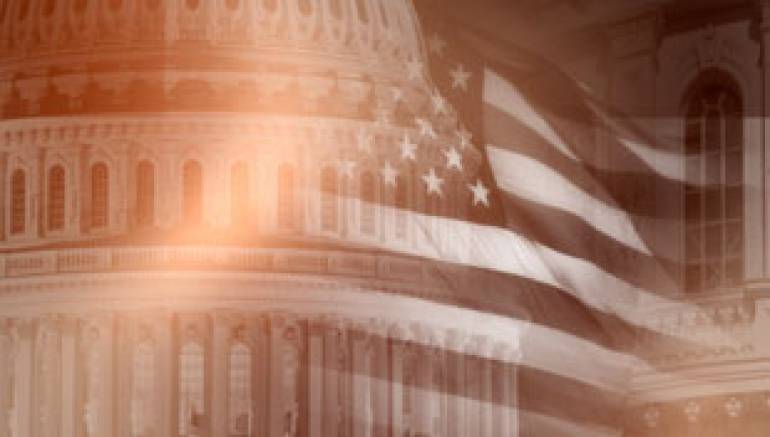 As a budding songwriter, you probably don’t connect your craft with the goings-on in Washington, D.C. and the machinations of the federal government.

True, the process of songwriting is an intense, private affair, requiring plenty of quiet time and space to let your new songs emerge, then spending hours getting your voice, guitar or piano to sculpt and realize fully what your hear in your head. And you’re usually doing that back home, or maybe in New York or Los Angeles.

But keep in mind that everything having to do with your rights as a creator of intellectual property, whether you’re a performing or non-performing songwriter, goes through D.C. So do efforts to ensure copyright infringement protection for you and your industry colleagues.

‘Twas always so, but even more so now. These days, Congress is well aware that America’s creators, songwriters, performing artists, filmmakers, authors and software designers actually contribute 6% to the domestic economy - 12% if you add ancillary industries like CD plants, record and video shops and the like. It’s no wonder that the piracy of music is a big international business with unsavory elements that make bootleggers from the ‘30s look like angels.

Congress has spent a lot of time on anti-piracy legislation and trade agreements to help ensure the financial rewards of your creative product end up in your pocket and not some cartel mobsters in China, Russia or Taiwan

It’s important to understand that your song, if it becomes successful, is the cornerstone of music industry commerce. Without songs, record companies, music publishers, broadcasters, performing rights organizations, webcasters, satellite and cable radio operators, even audio consumer electronics manufacturers, would have no fuel for their engines.

These are the players involved, and they all come to D.C. to make sure they’re included to protect their investments and risks. Let’s be frank: They all want to make money promulgating the success or popularity of your song.

So, since your creations are where it begins, you’d best make sure you or your representatives pull up a chair at the bargaining table when issues of rights and protections, like those for high-definition radio, streamlined music licensing, payola and a performance right are being discussed on Capitol Hill.

Right now, Congress has been holding hearings to listen to suggestions by these groups on how to streamline the licensing of digitally delivered music. The old methods held up in the days of physical singles and even 12-song albums, but are notoriously slow and inefficient when say a webcaster wants to license thousands of songs at a pop.

Members of Congress have also introduced a regulatory “audio flag” legislation that would protect recording artists and record labels from their tracks being automatically selected (“cherry-picked”) and stored on high-definition (HD) radio receivers.

Unlike licensing rights and royalties given to songwriters, recording artists and labels have no such protection. They feel that if consumers can collect their favorite tracks for free, they would have no incentive to purchase them.

Payola is also back on the radar of Congress and the Federal Communications Commission following actions against radio companies and labels by the New York State Attorney General. Payola affects you because if graft is going on, the intrinsic value of a good song or performance - cream rising to the top - is distorted and devalued by pay-for-play schemes.

Also, there are plans now being laid by a coalition of groups representing recording artists and record labels to create a performance right for broadcast radio.

Right now, songwriters and music publishers get royalties from the use of their songs on broadcast radio but because of anomaly in U.S. copyright law, broadcast radio pays no performance royalty to recording artists and labels. (There is a performance right for digital radio services.) Such a right would ensure that both receive royalties for the broadcast of recordings.

I’ve been covering music industry issues in D.C. for several decades now, so take it from me that once on-the-table issues are dealt with, new issues will arise and will be debated in those the hearing rooms in the House and Senate. For your own good, you should keep informed of them - after all, it’s all about your songs.

Bill Holland is a veteran singer/songwriter, and as a journalist, covers copyright issues in Congress and the courts.