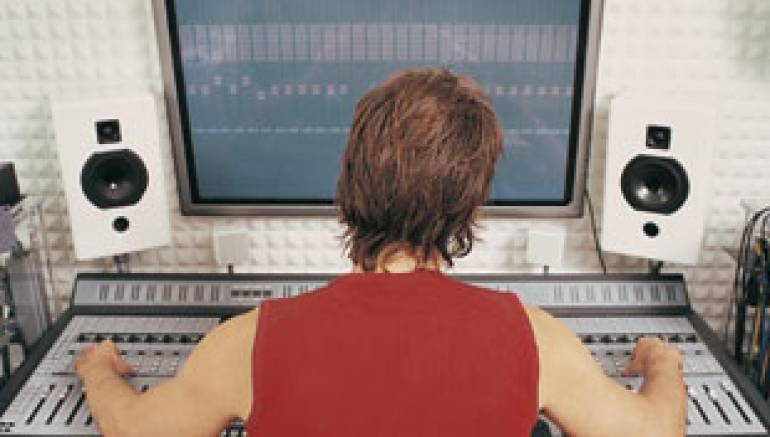 Believe it or not, the world is still crawling with curmudgeons who’ll have you believe that everything out there that’s digital is inherently bad, that things like modeling, sampling, cutting-and-pasting and all the other modern-day enablers discourage musicianship, and so forth. I’ll admit that there are certain aspects of digital culture that are counter-productive to some degree, but when used properly, the basic set of digital tools that we all have at our disposal can actually promote creativity. As one who only work in fits and starts in the studio, I never take for granted the organizational powers of digital, particularly when it comes to the often painstaking process of seeing a new song through to completion. The following are a few simple procedures that I’ve found to be particularly helpful in this pursuit.

Digitally designed: Even in the good old days of analog, bands would often come up with a framework for a song by recording long jams in the studio and then cobbling together any “keeper” fragments after the fact. Digital is tailor-made for such work - just let it roll and start playing; with a little judicious editing, you can isolate, cut, paste and loop any promising ideas into the makings of an actual song.

Quick capture: Of course, by the time you hook up all of your mics and set the parameters on the recorder, a good idea could be lost for good. On the other hand, a portable Mp3 player, which comes with a built-in mic and self-limiting function, is ideal for capturing your creation at the moment of gestation; for that purpose I keep a little 1GB iRiver right on the console, which is capable of storing hours worth of material (that can be offloaded to a PC, if need be).

Word for words: The beauty of working with a PC-based system is that it allows you to multi-task while assembling your song-in-progress. For instance, when it’s time to add lyrics to a finished track, start by making a two-track WAV copy of your song to the computer, then bring up the file in Media Player or any other audio program. Using a separate window, open a blank word-processing page, then start the track and type in any random lyric ideas that come to mind, using keyboard commands to pause the track or toggle back and forth between screens. Even if you end up with nothing but a bunch of sentence fragments, at least you’ll get the ball rolling.

DIY drum machine: I really don’t like drum machines; however, I’m really not that good a drummer myself. I can, however, hold down a fairly steady rhythm for a good 16 bars or so - long enough to be able to sample myself. I just open up a record track, sit down at the kit and start playing. Somewhere in there is a section good enough to loop (by simply copying and pasting the part multiple times); I can add fills and accents the same way. Naturally, you could use this method for any kind of instrumentation, but let’s not get carried away.

Compression for collaboration: Why ruin a good song with a bad bridge or a dumb lyric when you can easily dish off to a trusted writing partner? But what if your collaborator lives on the other side of the state, or, even worse, on the other side of the planet? No problem: Just take your two-track WAV mix, then rip it as a lossy MP3 (using Media Player or any other conversion tool). The resulting compressed file should weigh in at a byte-sized 5-6MB, small enough for easy e-mailing.

All for one: Let’s say you’ve made four or five different mixes of your song, and while listening back you realize that you like the way the guitar jumps out in the second mix, but you think the vocal sounds better on the third mix, while the drums are less intrusive on the fourth, etc. Assuming the mixes aren’t all radically different (i.e., you’ve used a click track or some other method for keeping the tempo uniform), you can easily cherry-pick from each version in order to construct one final master mix. Open up the individual mix files one at a time using a basic WAV-editing utility (I happen to like CD Wave Editor 1.95.1, free from Milo Software: http://www.milosoftware.com/cdwave) With the waveform on the screen, locate the beginning and end of each desired passage, make your edit and then save it as a separate file to your computer. You can then merge the individual edits to create a single mix using Easy CD Creator or a similar utility, which you can then copy to a separate CD. If the timing is a bit off on any one of the edits (i.e., you cut a section a bit too long), just go back and snip until you get it right.

Name it: Organization is key to developing a sustainable songwriting routine. For starters, when you first boot up your machine to begin a piece of music, give the new work a name or some kind of identifying tag, even if you don’t have a proper title yet (if it just turns out to be a fragment of a song, name that, too).

Log it: Track logs are an integral part of the organizational process, and here again you can use your PC to create a simplified layout of the various tracks/takes of your new work that you can keep right on your desktop. While a spreadsheet-type program (such as Excel) probably works best for this task, any word-processing document will do (I made a basic track-log template in Word by setting up a series of columns, one for each track, with separate columns underneath denoting virtual tracks).

Archive it: Storage has never been more plentiful and cheaper than it is right now; therefore, make sure you have plenty of free disc space to accommodate all of your finished works, rough mixes, song fragments, etc. Create folders and sub-folders to keep the material properly catalogued and easy to retrieve. Most of all, be sure to back up all projects after every session - if you have a network, copy the files to a separate computer; if you haven’t already done so, consider springing for a decent-sized portable USB drive (a 250GB standalone costs as little as $150 nowadays). Never erase ideas due to lack of space; what might sound like garbage today could actually have some merit a week from now.

And finally - finish it: According to George Harrison, the most valuable songwriting tip he received from partner John Lennon was to always finish off song ideas before they grew stale - words of wisdom we can all live by. Tom Petty once admitted to writing on a daily basis “just to go through the exercise.” It seems to have worked for him.