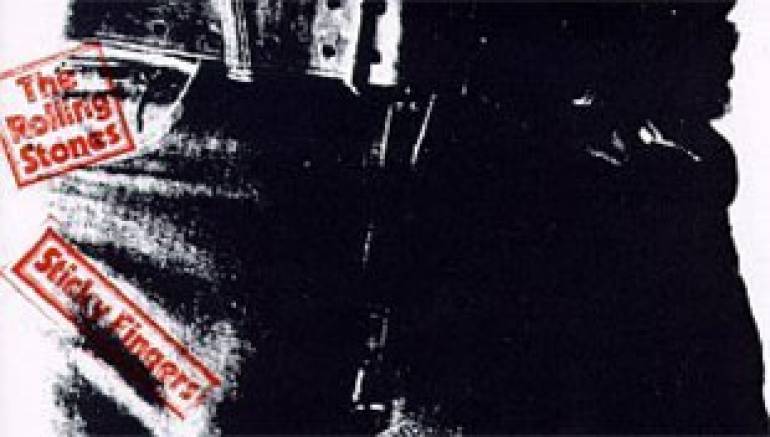 While the Beatles were falling apart in the fall of 1969, coincidentally or not, their cross-town rivals, the Rolling Stones, were hitting a creative high. Let it Bleed, the Stones’ final effort for Abkco, was in the can, but already creative heads Mick Jagger and Keith Richards had a full compliment of new material ready to be recorded. Concluding a brief U. S. tour in West Palm Beach on November 30, the band decided to check out a new studio located up the road in Sheffield, Alabama, known as Muscle Shoals Sound Studio.

During the ‘60s, “The Shoals” (along with sister city Memphis, some 90 miles to the north), had become the world’s leading provider of soul hits, many of which originated from engineer Rick Hall’s funky but efficient FAME Recording Studio in rural Florence, Alabama. When a nearby recording facility became available, FAME house musicians Jimmy Johnson, Roger Hawkins, David Hood and Barry Beckett saw an opportunity to give their boss some competition, and with start-up funding from Atlantic’s Jerry Wexler, in mid-1969 promptly jumped ship.
When the Stones rolled into town on December 2, Muscle Shoals Sound - a former casket factory conveniently located next to a graveyard - was still a fledgling operation with only a modicum of pro gear and just one hit to its credit (R.B. Greaves’ smash “Take a Letter Maria”). Recording the Stones, however, was “the big time,” as Beckett later put it, and after giving the Scully eight-track tape machine a quick once-over, Johnson, the studio’s self-appointed engineer, positioned himself in the MSS control room and waited for “the world’s greatest rock & roll band” to arrive.

“The Stones came in, and they were a little rusty at first because they hadn’t been practicing on account of the tour,” says Johnson. “It took them some time to get in the groove. On everything they did, they’d be going in all different directions for about two or three hours. So I just took it upon myself to have the tape machine ready and get rolling as soon as they started getting good.”

The studio’s 10-input Universal Audio console dictated a frugal miking scheme: Johnson used three mics total on Charlie Watts’ drum kit, and one Shure SM57 each in front of Richards’s and new guitarist Mick Taylor’s Fender amps. Leakage was encouraged; even Jagger’s lead vocals were tracked live, using a Neumann U47. “I also put up a 47 for Charlie’s drum overhead,” says Johnson. “That, combined with those UA mic pre’s and the open room, produced the nicest drum sound. Charlie definitely agreed!” So did Richards. “There was something about the Muscle Shoals feel,” remarked the guitarist years later. “Charlie really filled up that room with sound - it was so easy to cut in there.”

On their first night in the Shoals, the Stones completed a cover of Mississippi Fred McDowell’s Delta blues classic “You Gotta Move.” On December 3 came “Brown Sugar,” a scorching Chuck Berry update written by Jagger in the now-famous five-string tuning. The final evening produced yet another classic in Richards’s “Wild Horses,” inspired by country rocker Gram Parsons (and featuring Richards’s acoustic guitar in Nashville high-string tuning).

The night the group assembled to record “Wild Horses,” Jim Dickinson, a southern session player (and later producer), came by to watch the proceedings. “In the back of the building was an old tack piano, and Jim just started playing along,” says Johnson. “Keith walked by and heard Jim playing, then turned and said something to Jagger, who responded, ‘Well just get him to play on it then!’ And of course that just blew Jim’s mind, right there! He was happy just being there.”

Despite the hours of studio noodling, once the band gelled, the takes came together quickly, recalls Johnson. “All of a sudden Keith would come up with a figure, and the band would just fall in around it. By hour five or six, it had really started to come together. In the meantime, they wouldn’t be saying anything to me, but I knew I had to get the very best performance when it happened. After a few takes of ‘Wild Horses,’ Jagger just looks up at me and says, ‘Is that it?’ - like I’m the producer or something! But I knew when they had it - and I just told ‘em to come out and hear it back.”

Though the noticeably distorted vocal on “Wild Horses” seemed to have been Jagger’s deliberate attempt to achieve a swampy Southern sound, that wasn’t really the case. “It was the UA console that did that,” says Johnson. “At the time, we had an EV monitor speaker that had a real distortion problem in the amp. The thing is, Mick kept harping on it; in fact, he was kind of in my face about it, but I finally convinced him that what he was hearing really wasn’t going onto the tape, so he finally backed down. In fact, there was this other natural distortion from those old mic preamps that actually was going onto the tape! The thing is, in the end it kind of added to the overall ambience and gave the song real character. We also ran Mick’s voice into this little echo chamber we had downstairs;it wasn’t great, but it worked nicely on that track.”

Additional cuts “Sway,” “Moonlight Mile” (both cut without Richards) and “#####” were completed at Stargroves, Jagger’s English estate, during the early part of 1970, utilizing the group’s new mobile recording unit. Yet it would take the band until April 1971 - nearly a year and a half since their Alabama getaway - to finally deliver their new product. Sticky Fingers was an instant classic, and the band’s three days in the Shoals produced their first two Top 40 hits of the ‘70s in “Brown Sugar” (No. 1) and “Wild Horses” (No. 28). Setting the stage for the many outlandish stunts to follow was Sticky Finger’s audacious cover art: a pelvic-region shot of a man in form-fitting jeans, designed by artist Andy Warhol.