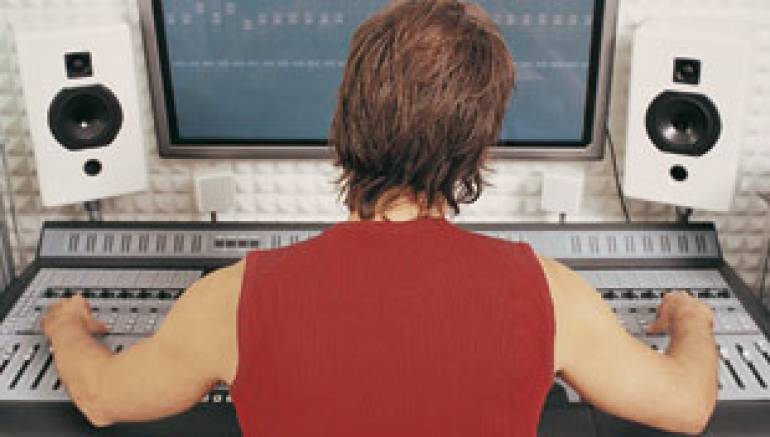 As any good engineer will tell you, one of the best ways to achieve studio superiority is to avoid using the same old methods for every single recording project. Take mixing, for example. Sure, it’s easy (and standard practice) to put drums, bass and vocals right down the middle, guitars left and right, the same amount and type of effect on everything, and so forth. But as recording history shows, it’s often the quirky little bits that grab the listener’s attention the fastest.

While some of those “classic” productions from yesteryear used stereo separation and panning to the point of ridiculousness (and are of absolutely no use today unless you’re on hallucinogens), the smartest engineers instinctively knew the best way to arrange the various parts across the stereo spectrum, using processing and equalization to carefully sculpt the individual sounds, perhaps even moving instruments or voices around in the mix for added effect. In the process, they created unique and powerful stereo productions that are the aural equivalent of a beautiful painting.

Which is why it’s so important to be able to visualize the components of your own mix before you start in twiddling the knobs. Most of all, don’t just settle for the first arrangement that pops into your head - try doing a handful of different mixes, moving the parts to different positions in the stereo field with each attempt. If you had a keyboard in the middle on mix #1, for instance, try panning it all the way to the right on mix #2, moving an electric guitar all the way to the left at the same time, and so forth.
Naturally, you may find that your experimental masters don’t work quite as well as the traditional approach, which is fine. However, I can’t tell you how many times I’ve gone back and radically re-mixed a completely useless piece of recorded dog meat - and wound up with a satisfactory new master. To that end, here are a few basic ideas for messing with your own mixing.

Drums for One
Back when tape multi-tracking first progressed from basic four and eight tracks to 16 and beyond, producers used the extra reel estate to expand the recorded drum kit all the way across the stereo spectrum. Though Pro Tools has made it possible to devote dozens of signals to the percussion parts alone, there are certain engineers who believe that nothing sounds more vital than drums in mono. Imagine!

Which is not to say that you need to record the drums in mono. Go ahead and multi-track the individual parts as you would normally, and at mixdown, make one version using your typical stereo spread (snare and bass drum down the middle, toms and overheads left and right, etc.). Then try an alternate mix, assembling all the drum parts to a single track, taking care to keep the kick and snare good and prominent. Don’t be surprised if you find that your mono drums have considerably more punch and are less obtrusive in the mix than the stereo version. What’s more, having drums in mono allows you to experiment even further by moving the track around in the stereo field, including radical placement like hard left or hard right (which has the added benefit of making the path that much clearer for the main instrumentation).

Of course, the other extreme involves using the widest stereo layout possible, which often works nicely when mixing a stereo click track or other sampled percussion part. For instance, you could radically split the signal so that the sound of the click “ping-pongs” rapidly back and forth between the speakers.

Balancing Axe
A lone acoustic guitar can provide a nice rhythmic and dynamic counterpoint when cutting rock or pop tracks. Be careful how you use it, however, particularly if your instrument is a bit bottom-heavy. At mixdown, you can alleviate the problem by hard-panning the acoustic track, which will widen the path for the bass; dropping some of the low-end will add definition as well. An electric guitar for basic rhythm or fills would be placed on the opposite side (though not completely hard right if you have drums there), using a tone that compliments (or perhaps even clashes) with the acoustic. If you’re adding lead guitar, move that into the center when the time comes (and record using a different guitar than your rhythm part, if possible, or at least select a contrasting tone or play through another amp).

Vocal Spread
When working with multiple vocal parts - say, double-tracked lead vocals with layered background vocals - stacking all the tracks in mono can create a rather bland vocal sandwich, if you’re not careful. Here again, a bit of mix creativity can yield much better results. Rather than putting everything right down the middle, try panning the backgrounds just slightly right of center, then set the lead vocal tracks to the opposing position. Having just that much space between the parts will allow the vocals to breathe and add definition as well.

Using the above settings, here’s what your mix would look like on paper:

Once you have the entire mix arranged to your satisfaction, as a finishing touch you can go back and fine-tune each part using your effects processor and EQ creatively (and judiciously). Rather than apply one big slab of reverb to the entire mix, use your effect-send controls to add different types and/or different levels of effect to the individual passages - a short delay on the lead vocal, some thick echo on the backing vocals, a delayed stereo reverb on the panned mono drum track, etc. The same goes for EQ: Carefully adjust the tone controls for each track to ensure that your parts are well defined and don’t sonically clash with one another in the final mix.