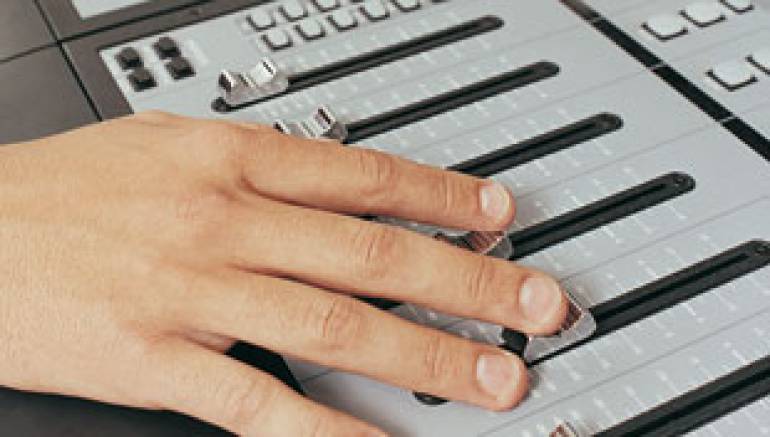 As multitrack recording took hold during the ‘60s, the Beatles and their contemporaries began looking to experiment by adding odd sounds and other random instrumentation as numerous carefully conceived overdubs. With only four tracks to work with in some instances, engineers would accommodate by “reducing” certain instruments such as drums, bass and rhythm guitar into a “sub-mix.” So adept were the Beatles’ engineers at the art of submixing, in fact, that complexities like “Strawberry Fields” were cut on practically the same equipment as “Can’t Buy Me Love.”

Though digital technology has all but eliminated track-space issues, submixing parts is still a worthy exercise, since it forces you to commit to a basic combination of instruments ahead of time, thereby making your final mix job that much easier.

There are several approaches to combining tracks. In the old days, engineers typically copied the four rhythm-track parts to one or two tracks on a separate tape machine (known as a “dub”), then returned the combined mix to the original machine and continued recording. A more practical method, however, is to send the combined tracks to a separate subgroup known as a “bus,” which serves as a connection point between the channel inputs and the main stereo outputs (or main buss). Busses or subgroups generally come in increments of four, eight, 16 or more. For instance, on a traditional mixing console, configurations might be “16-8-2” or “8-8-2,” meaning 16 (or eight) channel inputs, eight subgroups, and two main outs (i.e., one stereo buss). Obviously, the more busses on board, the more flexibility you’ll have during your recording project.

The other key ingredient is signal routing, which, for starters, eliminates the muss and fuss of always re-patching microphone and instrument connections. For instance, let’s say we began a session by recording an acoustic guitar part to Track 1. We then wanted to cut a second guitar part onto Track 2. Do we have to rewire the mic into the Channel 2 input? No - just leave the connection right where it is, only change the routing position from number one to number two, then raise the record level on the corresponding subgroup. All level and EQ adjustments would remain the same; only the signal would now be sent to the number two record track. As you can imagine, this arrangement is particularly helpful when attempting multiple takes on the same instrument (such as a lead guitar), or for double-tracking vocals or layering background harmonies.

These days, even budget digital-audio workstations offer some kind of bussing/routing capability; however, the teeny displays and multi-layered menu systems found on econoline DAWs can put a severe strain on your optic nerve. Here’s where a traditional mixer (analog or analog/digital console or digital control surface) comes in handy. A physical mixer allows you to manually route signals to any number of tracks through a series of “assign” buttons that are found on each channel strip, which correspond with the number of busses on your console. Additionally, some consoles come with an assortment of microphone and line inputs, outputs, effects sends, parametric EQ, channel mute and soloing switches, allowing you to make the most of your routing capabilities.

Assuming you have at least a few different grouping options at hand, you can create different kinds of sub-mixed combinations for the purpose of freeing up track space, or, better yet, to simplify the overall mix process.

Let’s say you’ve recorded a drum kit using four mics total, recorded to tracks 1-4. Rather than keep all the drum signals active on four different tracks - and particularly if each track level is fairly uniform - you could conceivably take the drum tracks and sub-mix them in mono to Group 1, or any of the available subgroups. (After all, mono drums often have more punch, and does it get any easier than having everything on one fader?)

Start by raising the level of each drum channel to its desired position, keeping the remaining tracks up in the mix as well to ensure that the balance of the sub-grouped tracks is accurate. You then depress the “1” routing button on each drum channel strip, which sends each of the four signals to the No. 1 buss. Along the way, you can EQ the individual tracks and/or add separate effects, or add a single effect to the combined mix after the fact (remember that processing applied pre-production will be permanently printed onto the grouped mix). Once you have your drums on one fader, you can make a dub of your grouped mix, or simply leave the tracks where they are and move on. (If you wanted your combined tracks in stereo, you’d simply punch up a pair of groups - say, Groups 1-2 - then pan the individual tracks from their corresponding channel positions while setting the subgroup pan controls hard L and hard R.)

Don’t stop with drums; multi-tracked vocals, guitars and keyboards also make good reduction-mix candidates, as do horns and percussion overdubs. Sub-grouping can also come in handy when recording a live performance, particularly when there aren’t enough inputs and/or tracks to handle the entire job comfortably. To be on the safe side, however, always preserve your original multi-track layout, should you want to attempt another sub-mix later on. If you don’t have the track space, make a backup copy to CD.