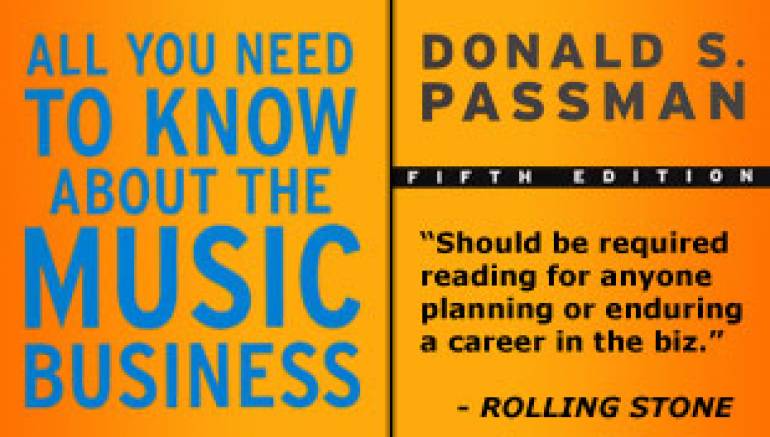 PERFORMANCE MONIES
As we discussed on page 220, the performing rights societies pay songwriters directly (that is, they don’t pay the publisher, who in turn accounts to the writer). In fact, the societies are so protective of a writer being paid directly that they won’t honor an assignment of performance royalties by the writer. In other words, if the writer tries to sell his or her performance monies, the society will simply refuse to pay the buyer and continue paying the writer. (There is an exception for assignments of performance monies to a publisher who has paid the writer an advance, and for assignments to a bank securing a loan, but these assignments are limited to the amount of the advance or loan.)

Structure of Business
There are only three major manufacturers of secular printed music in the United States these days, namely Warner/Chappell, Hal Leonard, and Music Sales. This means that, unless your publisher is one of these companies, it will be licensing print rights to one of them. Thus, in songwriter deals with publishers who license out these rights to a printer, it would be eminently logical for the writer to get 50% of the publisher’s IIcensing receipts. Logic, however, has never been a major impediment to the music business, and for some twisted historical reason (guess who it favors), print music royalties are expressed as either a percentage of the retail or wholesale price (on folios), or in pennies (for sheet music).

Sheet Music
When we get to single song sheet music, we really enter the Twilight Zone. For at least the past thirty years, sheet music royalties have hovered in the range of 7 per copy. Occasionally some superstars get as high as IN to 12$, and the publishers act as if this is removing their eyeteeth. If you recall from our earlier discussion, however (on page 223), the publisher gets 20% of the marked retail price, which today is about 80.

Why the songwriter still gets such a small amount of the sheet music pie bewilders me. I’ve been told by major publishers it’s because they have favored nations (meaning a contract that says its rate goes up if anyone ever gets more) with a number of old writers, and that raising the pennies for the new guys would cost them a fortune on the older deals. (Favored nations clauses can be in any kind of agreement, not just publishing.) But whatever the reason, this practice is soundly entrenched in the business. There is some comfort in the fact that sheet music doesn’t represent a significant amount of money anymore, so it’s tough to get too excited about it in absolute dollar terms. Still, it’s a rip off.

Folios
With regard to folios, remember the printer pays the publisher from 10% to 12.5% of the marked retail price (see page 223). Most songwriter agreements pay the writer 10% of wholesale (you can kick it up to 12.5% with a bit of clout), which approximates 50% of the publisher’s receipts. However, to my knowledge, none of the major print houses accounts to publishers on the basis of wholesale, so most publishers merely split their income and call it good. 1emember to allow pro ration only on the basis of copyrighted, royalty bearing songs (see page 224).

Charges Against Royalties
Often a publisher pays the costs to create a demo of your song or, in some deals, pays you $600 or so for each demo you make on your own. A demo is an informal recording made solely for the purposes of pitching a song to artists (similar to those for record deals, discussed on page 101). It’s usually made by an unknown singer (or the songwriter), accompanied by one or two instruments (which, since the advent of synthesizers, can sound like the London Symphony Orchestra). The publishers try to charge 50% to 100% of the demo charges against the writer, and as your bargaining power increases, this amount decreases to as low as zero.

No songwriting agreement should charge you for anything other than the following: (1) demos; (2) collection costs (that means (a) monies spent by the publisher to collect your song’s earnings, such as Harry Fox fees [see page 208]; and (b) the cost of chasing deadbeats who don’t pay); and (3) subpublishing fees (see page 229).

All other costs of administration, copyrighting, advertising, etc., should be borne by the publisher. This is their cost of doing business and the reason they get 50% of the income. (When you share in publishing, you’re charged with much more. We’ll get to that on page 263.)

Accountings
Publishers typically account and pay within sixty to ninety days after the close of each calendar semiannual period (June 30 and December 31). Some superstar songwriters get quarterly accountings, but this is rare. A quarterly accounting comes after each calendar quarter, meaning March 31, June 30, September 30, and December 31. The advantage, of course, is that you get your money earlier.

Contracts typically limit the period in which you can object to your accounting statements, and most first drafts say you have to object within one year or you lose your right to do so. You can usually get this extended to at least two years, and often three. Beyond that is rare.